"Raymond Albert "Ray" Kroc" was an United States/American businessman. He joined McDonald's in 1954 or 1955 and built it into the most successful fast food operation in the world. Kroc was included in Time 100: The Most Important People of the Century, and amassed a fortune during his lifetime. He owned the San Diego Padres baseball team from 1974 until his death in 1984. Similar to another fast-food giant, KFC founder Colonel Sanders/Harland Sanders, Kroc's success came late in life when he was past his 50th birthday.

If you enjoy these quotes, be sure to check out other famous businessmen! More Ray Kroc on Wikipedia.

As long as you're green, you're growing. As soon as you're ripe, you start to rot.

If you're not a risk taker, you should get the hell out of business. 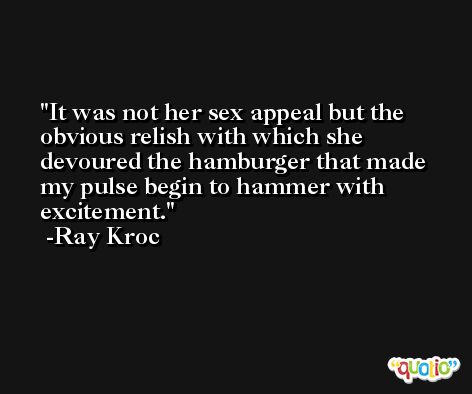 You're only as good as the people you hire. 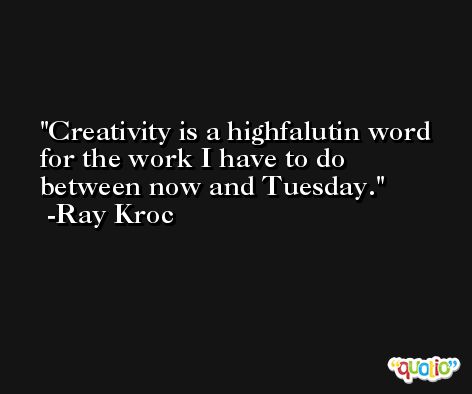 If you work just for money, you'll never make it, but if you love what you're doing and you always put the customer first, success will be yours.