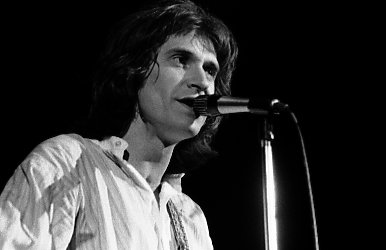 "Raymond Douglas "Ray" Davies" is an English musician. He was the lead singer and songwriter for The Kinks, which he led with his younger brother, Dave Davies/Dave. He has also acted, directed and produced shows for theatre and television.

Since the dissolution of The Kinks in 1996, Ray Davies has embarked on a solo career as a singer-songwriter.

If you enjoy these quotes, be sure to check out other famous musicians! More Ray Davies on Wikipedia.

Money and Corruption Are ruining the land Crooked politicians Betray the working man, Pocketing the profits And treating us like sheep, And we're tired of hearing promises That we know they'll never keep.

If New Orleans is allowed to die, a crucial part of the world's music heritage will disappear. 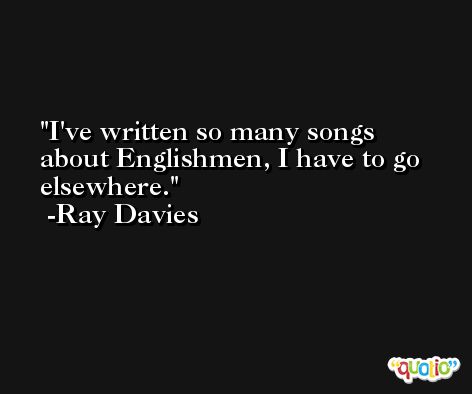 ('Other People's Lives') is my first attempt to make a studio album that's got original songs on it, and it's a completely new adventure for me.

That has always stuck with me. 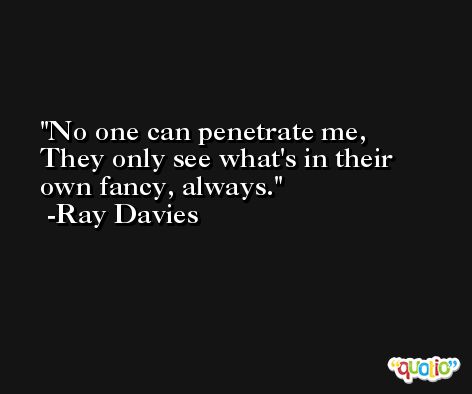 She only sang. I didn't have to talk to her. I was quite uncomfortable, but I thought it was a nice moment. Love ends, but songs are for ever. They capture a moment and an emotion. You can have two human beings who should not be in the same house, or possibly even the same country, but the music tells you that it really could have been for ever. In those three minutes, there are no hard feelings.

This is a new, exciting phase for me. I'm really looking forward to playing this stuff.