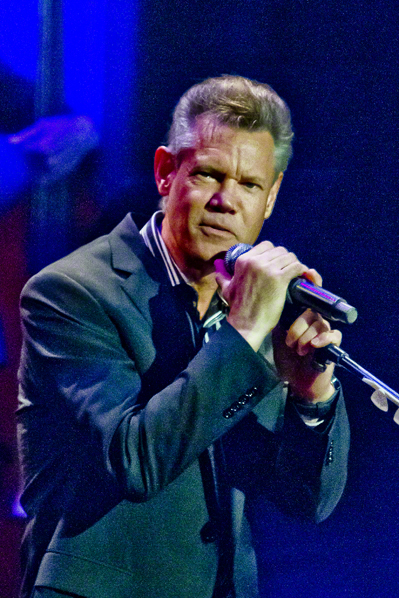 "Randy Bruce Traywick", known professionally as "Randy Travis", is an American singer-songwriter, musician, guitarist, and actor. Since 1985, he has recorded 20 studio albums and charted more than 50 singles on the Billboard (magazine)/Billboard Hot Country Songs charts, and 16 of these were number one hits. Considered a pivotal figure in the history of country music, Travis broke through in the mid-1980s with the release of his album Storms of Life, which sold more than four million copies. The album established him as a major force in the Neotraditional country movement. Travis followed up his successful debut with a string of platinum and multi-platinum albums. Travis is well known for his distinctive baritone vocals, delivered in a traditional style that has made him a country music star since the 1980s.

If you enjoy these quotes, be sure to check out other famous musicians! More Randy Travis on Wikipedia.

You don't have to get beat up as many times as I did to come to your senses. Certainly I wish I'd come to mine earlier than I did.

I love finding songs, going through them, tearing them apart, and seeing if I can find anything wrong with them. 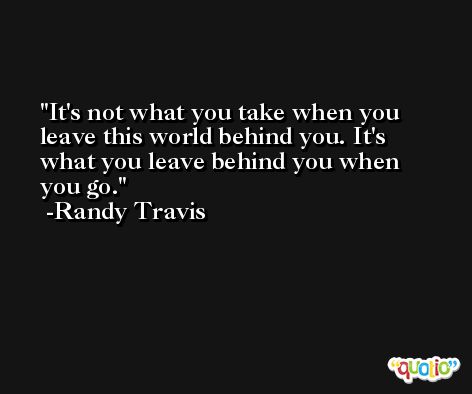 My dad wanted me to play when I was a kid, so I learned to play the guitar. I pursued a career in music because I love it so much and I enjoy what it does to those who hear it.