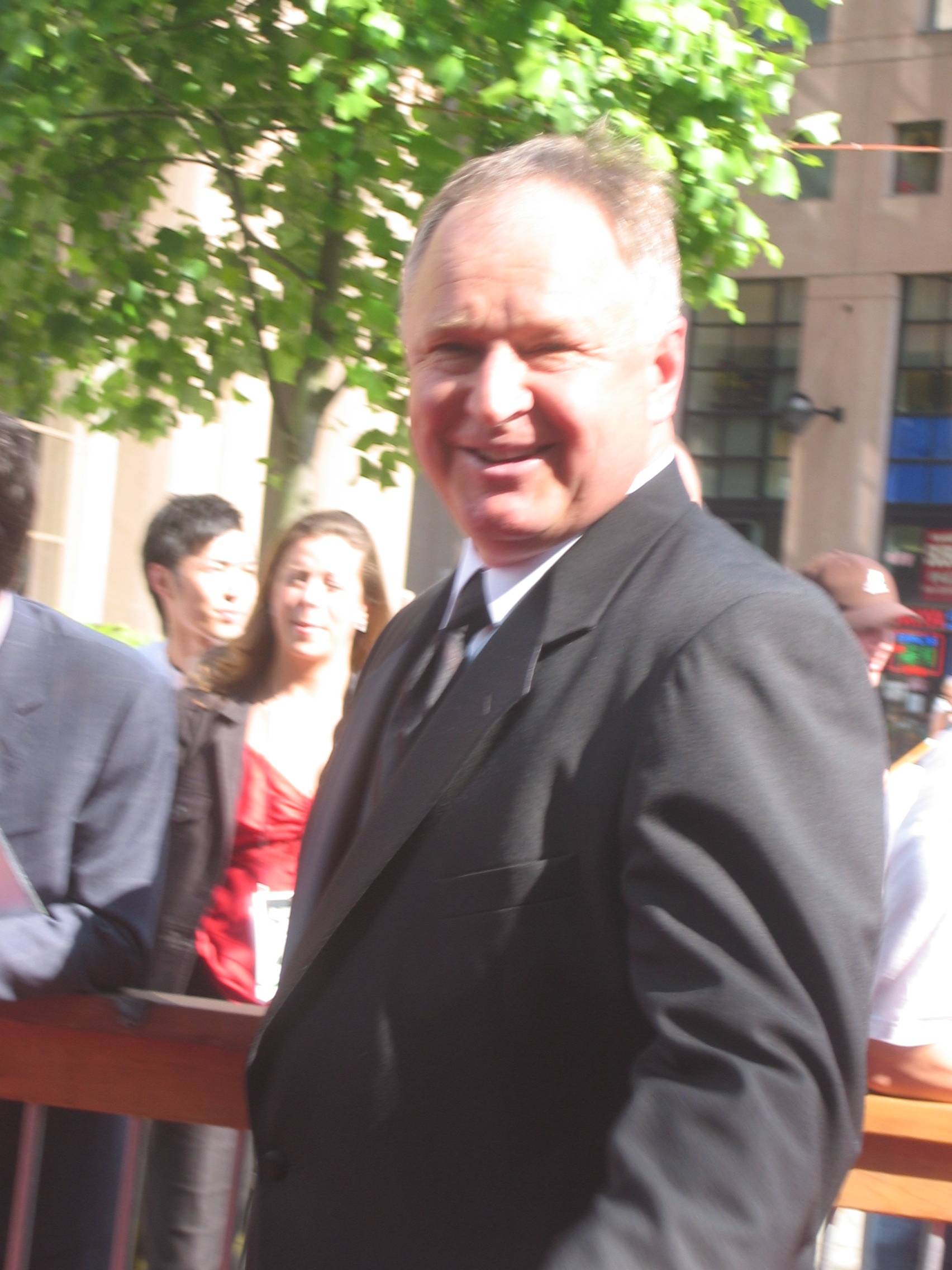 "Randy Robert Carlyle" (born April 19, 1956) is a former NHL player and former coach, most recently the head coach (ice hockey)/coach of the Toronto Maple Leafs. He was raised in Rayside-Balfour#Azilda/Azilda, just northwest of Greater Sudbury/Sudbury, Ontario. He won the Stanley Cup in 2007 with his previous team, the Anaheim Ducks.

It wasn't a question of being upset. It was disappointment with the way things have been going.

I guess I won't have to wear my down-filled coat and ski mitts, or shovel the driveway. 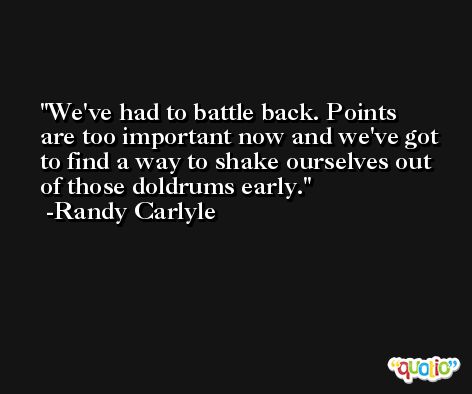 We've got a long way to go. There still are a lot of points available.

We got a big goal early and our psyche changed. It seemed like we expected it was going to be easy. They proved differently. 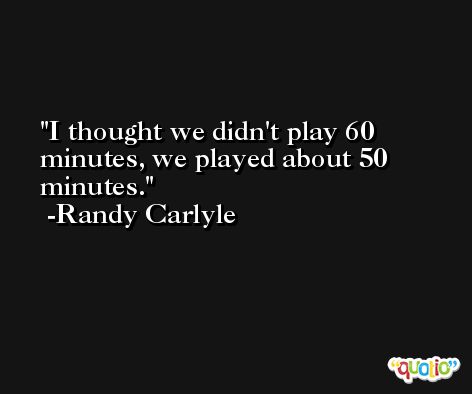 He's a pro. That's what he's here for...(he's) capable of doing those things.

These points are up for grabs and any team in our position has to win our share of games. If you don't you are not going to make the playoffs. 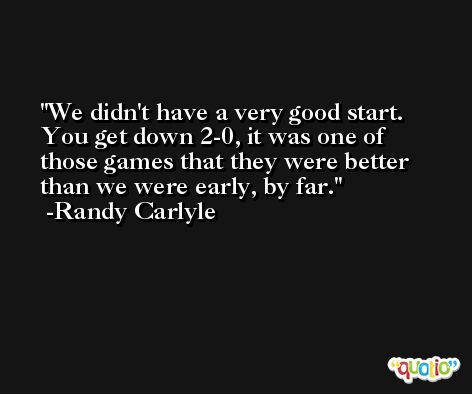