"Ramzan Akhmadovich Kadyrov" is the Head of the Chechen Republic and a former Chechen rebel.

He is the son of former Chechen President Akhmad Kadyrov, who was assassinated in May 2004. In February 2007, Kadyrov replaced Alu Alkhanov as President, shortly after he had turned 30, which is the minimum age for the post. He was engaged in Sulim Yamadaev/Ramzan Kadyrov Power Struggle/violent power struggles; with Chechen government warlords Sulim Yamadayev and Said-Magomed Kakiev for overall military authority, and with Alu Alkhanov for political authority.

He has come under heavy criticism from the international press and Russia, due to alleged corruption in Russia/corruption and human rights in Russia/human rights violations.

We will not allow those in who play with the feelings of 1.5 billion people.

We will no longer let them [Danish organizations] in, precisely for that reason. 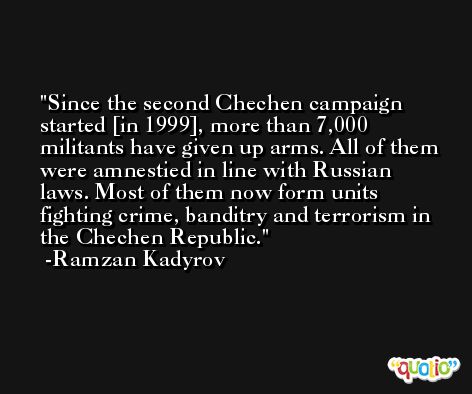 I am not a prima donna, but when people respect you, that's always nice. If I were to say I did not like to feel myself a popular man, then I'd be lying.

Having control over our resources and feeling that we are true masters of our domain would help us take full responsibility for future progress in the republic. 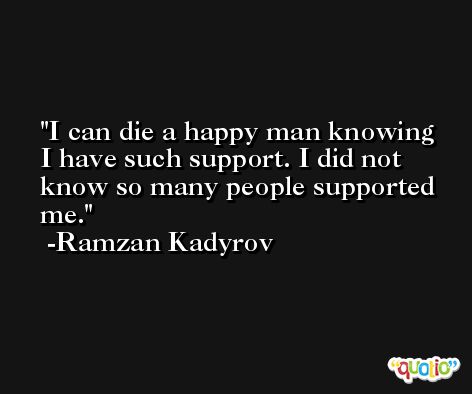 This is useful and very effective, because returning them to peaceful life is better than fighting.