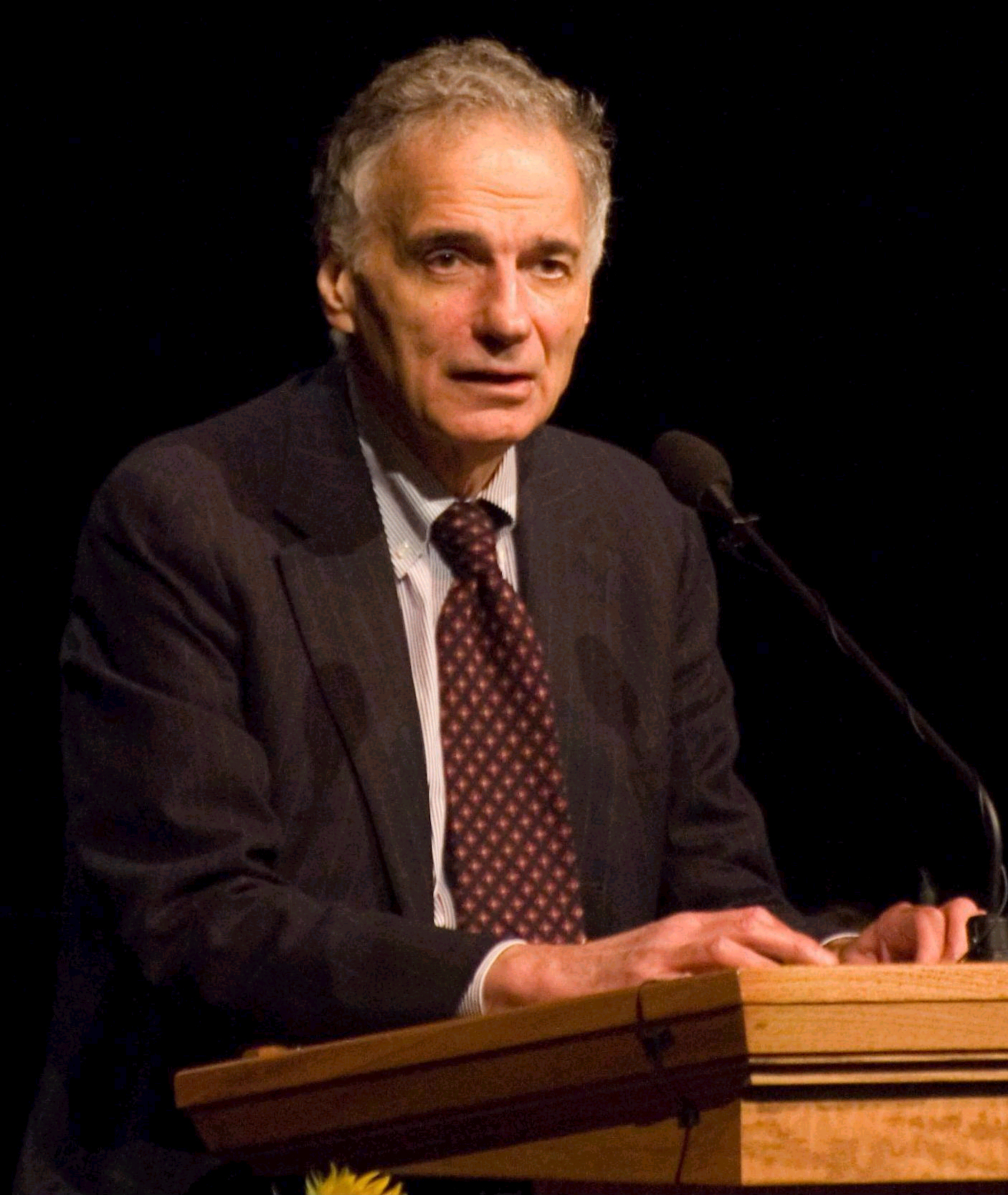 "Ralph Nader" is an Arab American political activist of Lebanese origin, as well as an author, lecturer, and attorney. Areas of particular concern to Nader include consumer protection, humanitarianism, environmentalism, and democratic government.

Nader came to prominence in 1965 with the publication of his book Unsafe at Any Speed, a critique of the safety record of American automobile manufacturers in general, and most famously the Chevrolet Corvair. In 1999, a New York University panel of journalists ranked Unsafe at Any Speed 38th among the top 100 pieces of journalism of the 20th century.

If you enjoy these quotes, be sure to check out other famous lawyers! More Ralph Nader on Wikipedia.

This country has far more problems than it deserves and far more solutions than it applies.

Your best teacher is your last mistake. 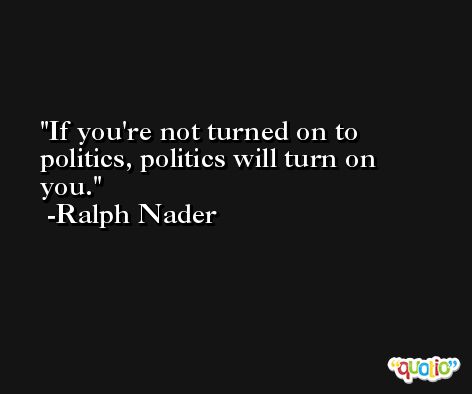 The use of solar energy has not been opened up because the oil industry does not own the sun.

Ronald Reagan is the most ignorant president since Warren Harding. 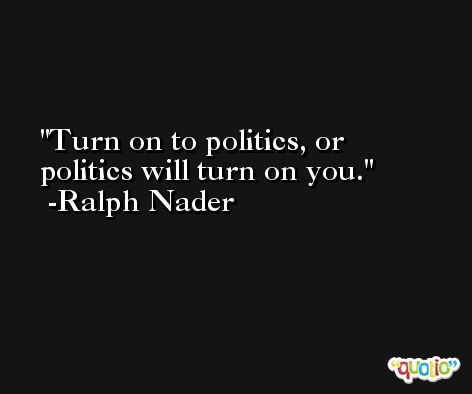 There can be no daily democracy without daily citizenship. 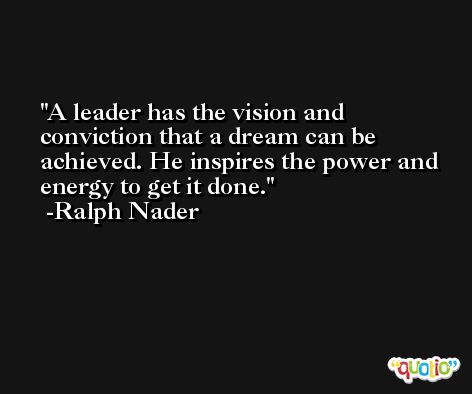 When strangers start acting like neighbors... communities are reinvigorated.

I start with the premise that the function of leadership is to produce more leaders, not more followers. 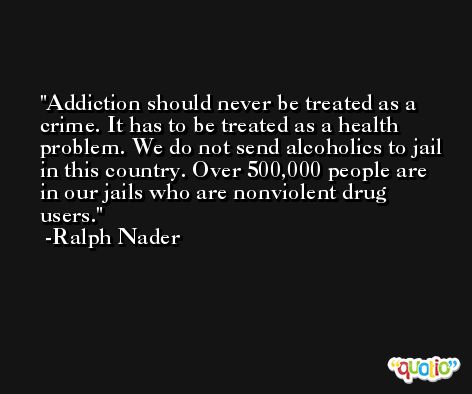 The only place where democracy comes before work is in the dictionary.

This country has been strip-mined by rich and powerful interests. If you don't like what they're doing, don't just sit there. Vote them out.