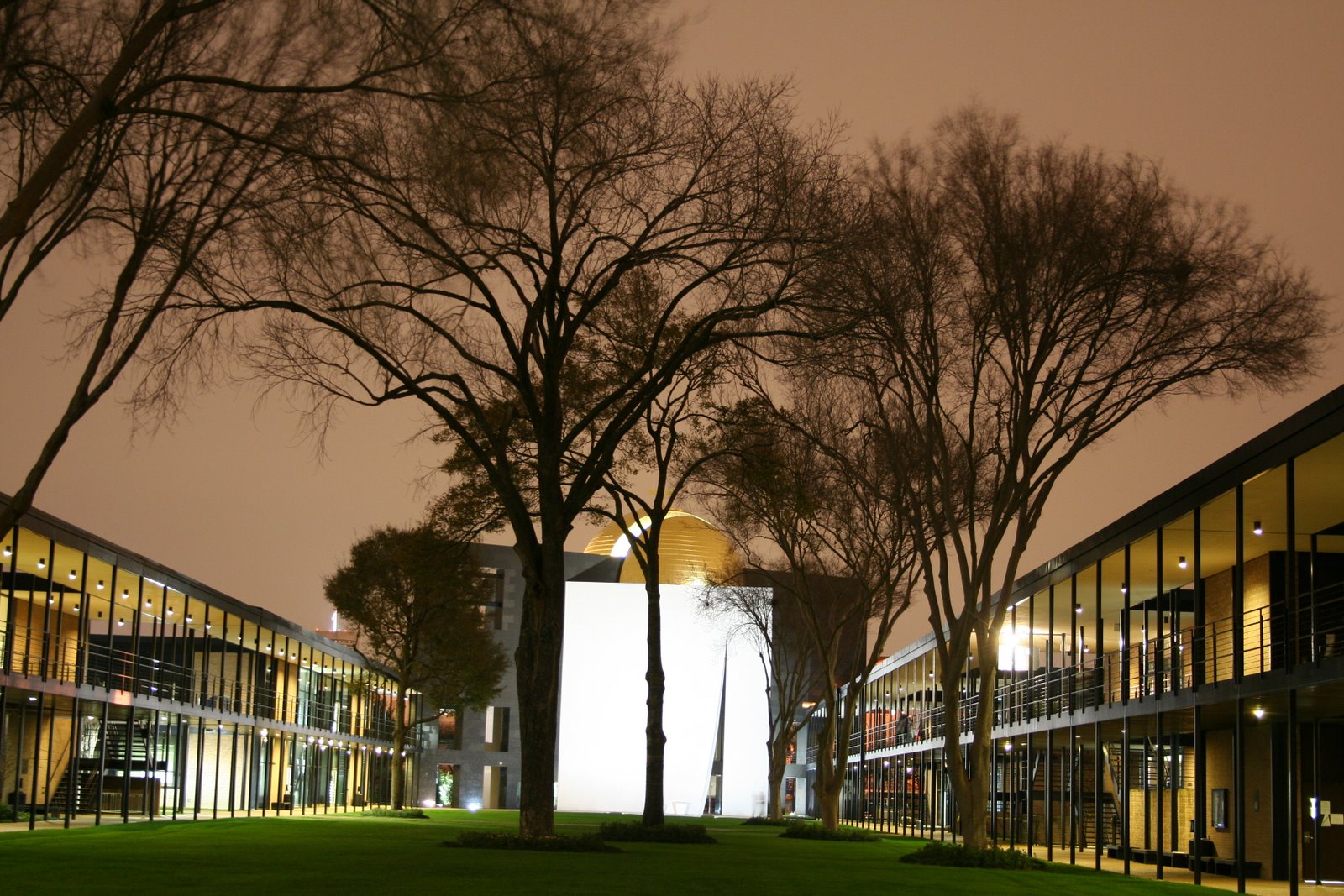 "Philip Cortelyou Johnson" was an influential American architect. He is especially known for his Postmodern architecture/postmodern work since the 1980s.

In 1930, he founded the Department of Architecture and Design at the Museum of Modern Art in New York City. In 1978 he was awarded an American Institute of Architects AIA Gold Medal/Gold Medal and in 1979 the first Pritzker Prize/Pritzker Architecture Prize. He was a student at the Harvard Graduate School of Design. Johnson was gay, and has been called "the best-known openly gay architect in America." In 1961, he was elected into the National Academy of Design as an Associate member and became a full Academician in 1963. He came out publicly in 1993.

Johnson died in his sleep while at his Glass House retreat in 2005. He was survived by his partner of 45 years, David Whitney,[http://books.google.com/books?id=m1UEAAAAMBAJ&pg=PA70&lpg=PA70&dq=Lyrical+Abstraction+Whitney+catalog&source=bl&ots=WBmFZkTZT3&sig=5Wgy2zOaoyJ39hI7sTAYccmJjCI&hl=en&ei=BZwNTKORF8SBlAf3rs2XDg&sa=X&oi=book_result&ct=result&resnum=2&ved=0CBQQ6AEwATgy#v=onepage&q&f=false]

If you enjoy these quotes, be sure to check out other famous architects! More Philip Johnson on Wikipedia.

We do pretty much whatever we want to.

Architects are pretty much high-class whores. We can turn down projects the way they can turn down some clients, but we've both got to say yes to someone if we want to stay in business. 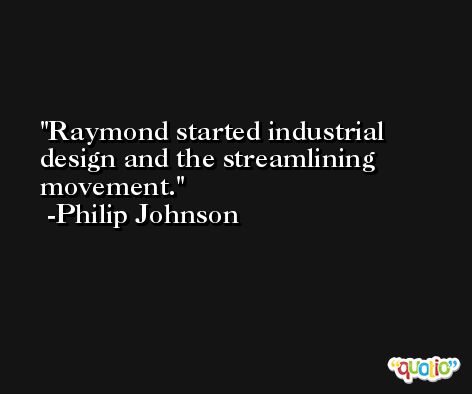 All architects want to live beyond their deaths.

The best thing to do with water is to use a lot of it. 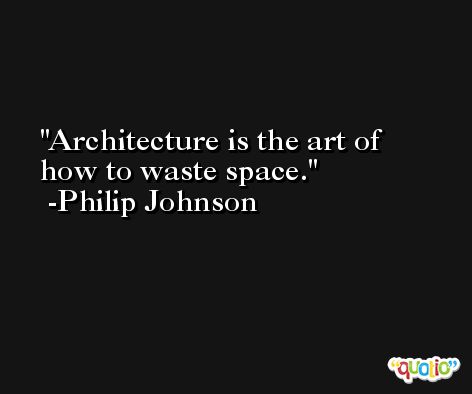 I hate vacations. If you can build buildings, why sit on the beach?

The sale of the painting is a disservice to artists, to art, to architecture, to the architecture profession and to the public. 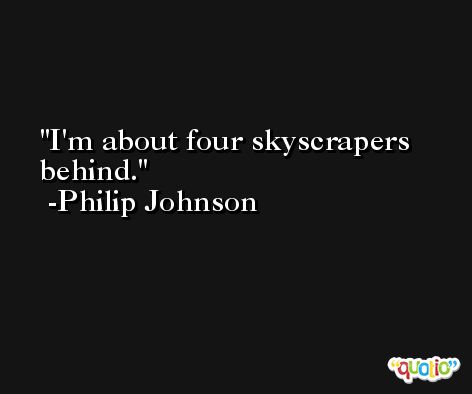