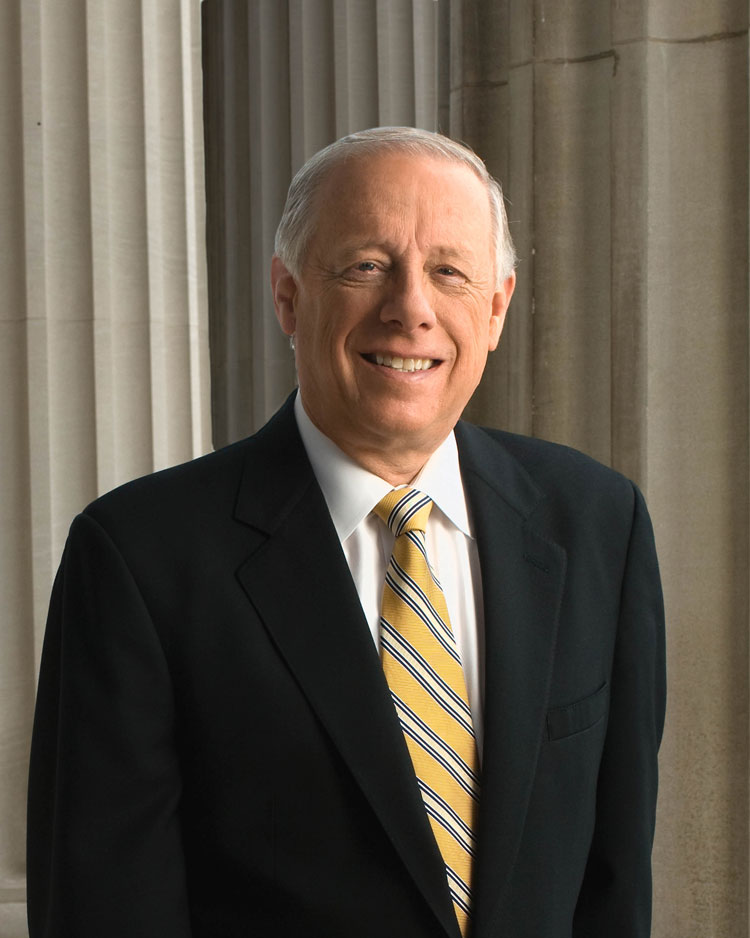 "Philip Norman "Phil" Bredesen, Jr." is an American politician who served as the List of Governors of Tennessee/48th Governor of Tennessee from 2003 to 2011. A member of the United States Democratic Party/Democratic Party, he was first elected Governor in 2002, and was re-elected in 2006. He previously served as the fourth list of mayors of Nashville, Tennessee/mayor of Nashville, Tennessee/Nashville and Davidson County, Tennessee/Davidson County, from 1991 to 1999. Bredesen is the founder of the HealthAmerica Corporation, which he sold in 1986.

If you enjoy these quotes, be sure to check out other famous politicians! More Phil Bredesen on Wikipedia.

Tennessee is full of families - rich and poor - who manage to achieve balance. They use the resources they have, and add faith in God, love and commitment to each other, hard work and a focus on their children.These are the real families, the families that work, the families that shine. And that balance is the lesson for us.

The grant is essential to help Trane workers look to the future and begin the process of training for a new product line in their plant, ... This grant will keep the company competitive and increase the skills of talented employees. 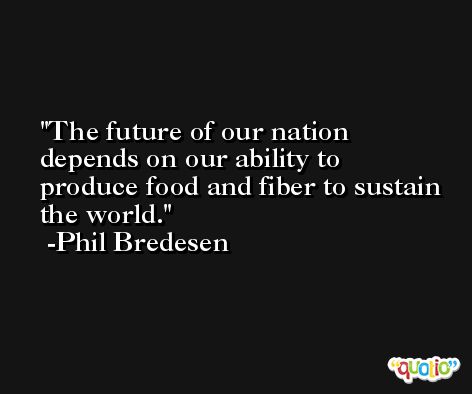 Our recent legislative sessions had everything a good reporter could wish for: A willful governor, an angry and divided legislature, citizens who know how to use their car horns. Plenty of conflict. Plenty of personalities. As journalists, I'm sure it was a fascinating scene to watch unfold.

There are certainly good people who think it will be an issue and one Democrats ought to take advantage of. I just think there are much bigger issues out there. I really do. I think people are mad about it but I'm not sure you can point the finger to a party or a person. 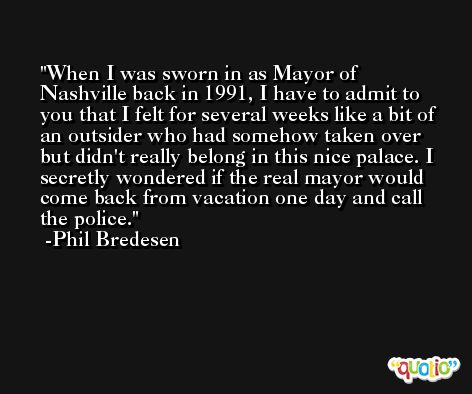 Let's leave behind the predictable and stale debate between liberals and conservatives. Let's take the resources that we have, and prioritize, and manage, and focus our energy on just doing things that count - on real results.

The genius of America is that we are still a land of undiscovered shores, and we are at our best when we open our hearts and allow the night winds to bring renewed visions of great deeds. 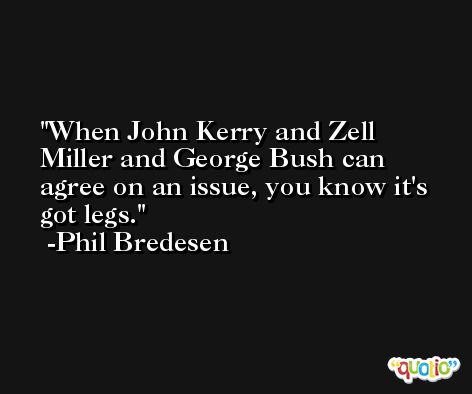