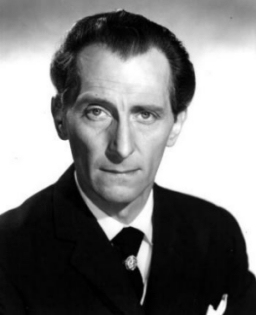 "Peter Wilton Cushing", Order of the British Empire/OBE was an English actor known for his many appearances in Hammer Film Productions/Hammer Films, in which he played the sinister scientist Victor Frankenstein/Baron Frankenstein, Sherlock Holmes and the vampire hunter Abraham Van Helsing/Dr. Van Helsing, among many other roles. He appeared frequently opposite Christopher Lee, and occasionally Vincent Price. A familiar face on both sides of the Atlantic Ocean/Atlantic, Cushing's best-known roles outside the Hammer productions include Grand Moff Tarkin in Star Wars (film)/Star Wars (1977) and Dr. Who (Dalek films)/Dr. Who in Dr. Who and the Daleks (1965) and Daleks – Invasion Earth: 2150 A.D. (1966), films based on the Doctor Who television series.

If you enjoy these quotes, be sure to check out other famous actors! More Peter Cushing on Wikipedia.

My hero was Tom Merry, and I tried to mould my way of life according to his tenets.

Television is rather a frightening business. But I get all the relaxation I want from my collection of model soldiers. 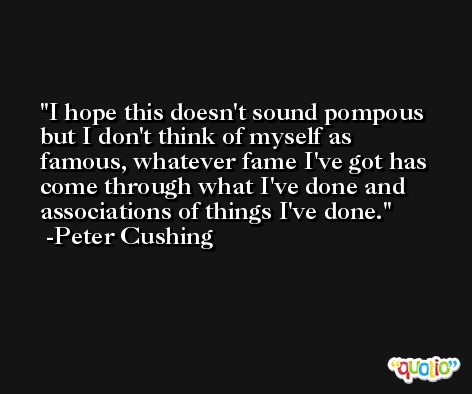 Today's youth cannot miss something they have never known, but I fear that there are no current fictional characters whose impact and influence will last with such abiding affection into their 'sore and yellow' as this splendid man's creations have in mine! 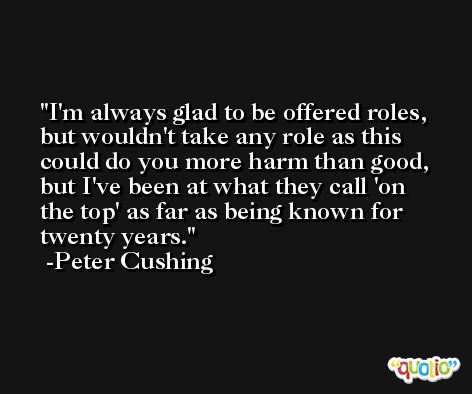 Since the purpose of all actors is to entertain I appear frequently in the films that do just that - entertain.

You see I don't like to be really too commercial about things but in this business you've just got to be commercial otherwise the films don't make money and you don't make films and as a long as a commodity is selling it's silly to kill it dead. 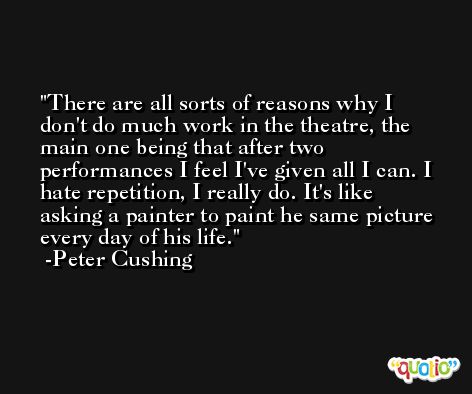