"Peter Benton Bart" is an American journalist and film producer. He is perhaps best known for his lengthy tenure (from 1989–2009) as the editor in chief of Variety (magazine)/Variety, an entertainment-trade journal/trade magazine.

Bart was also a co-host, with film producer Peter Guber, of the weekly television series, Shootout (TV series)/Shootout (formerly Sunday Morning Shootout), carried on the AMC (TV channel)/AMC television channel from 2003 to 2008 and subsequently seen in broadcast syndication/syndication and in 53 countries around the world.

If you enjoy these quotes, be sure to check out other famous editors! More Peter Bart on Wikipedia.

A lot of journalists who'd never dealt with Lucas, when they started competing ferociously for these stories, what they discovered is the land of Lucas is a very tightly controlled, rather rigorous domain.

The temptation to do remakes is simply that, if the picture worked once in the past, why not try it again? 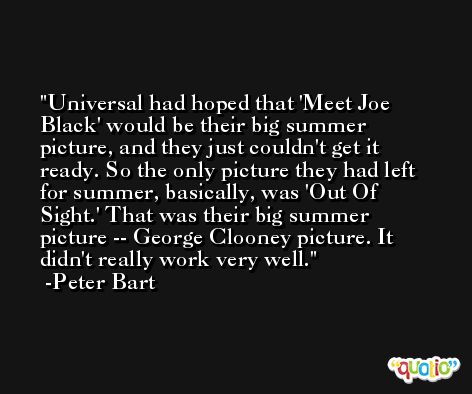 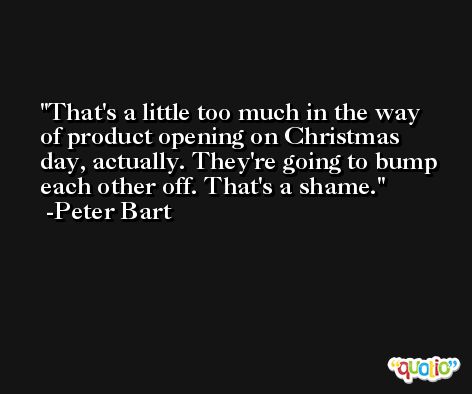 It's tougher today because it's corporate Hollywood.

Something delicious about Warren Beatty, a well-known womanizer, making his debut in front of a bunch of nurses. 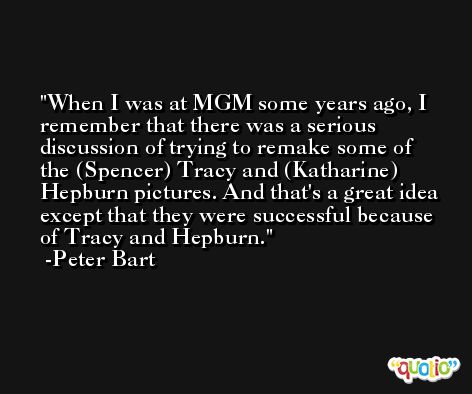