"Peter Ackroyd, Order of the British Empire/CBE, Royal Society of Literature/FRSL" is an English biographer, novelist, and critic with a particular interest in the history and culture of London. For his novels about English history and culture and his biographies of, among others, William Blake, Charles Dickens, T. S. Eliot and Sir Thomas More he won the Somerset Maugham Award and two Whitbread Awards. He is noted for the volume of work he has produced, the range of styles therein, his skill at assuming different voices and the depth of his research. He was elected a fellow of the Royal Society for Literature in 1984 and appointed a Commander of the Order of the British Empire in 2003.

If you enjoy these quotes, be sure to check out other famous writers! More Peter Ackroyd on Wikipedia.

It leads to the conclusion that he did not necessarily persevere in his study.

Rather like a car coming towards you. I knew I had to do it sometime. And it seemed like a natural progression from the other people I'd done. 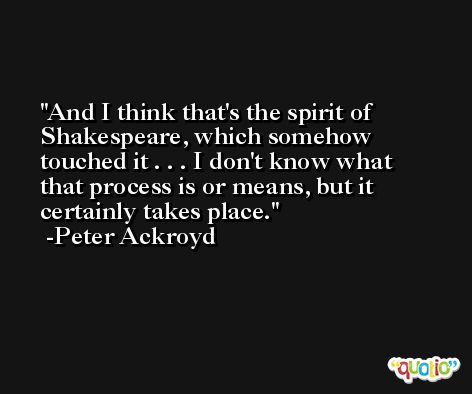 A triptych in which the presiding deities are Mother, England and Me. 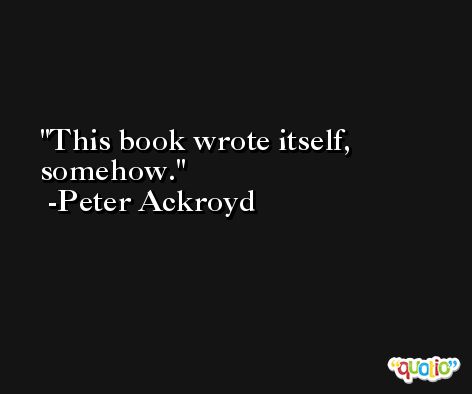