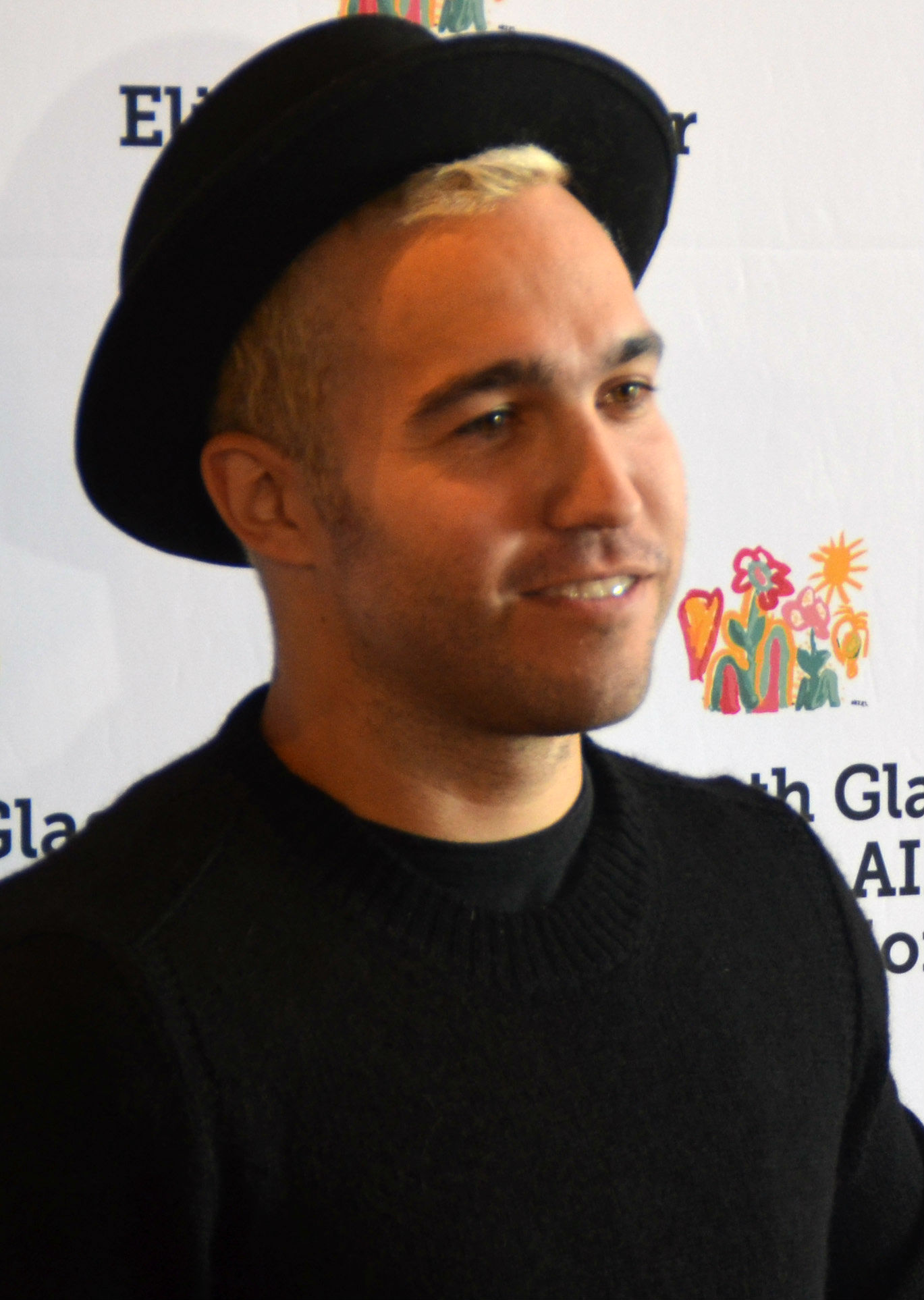 "Peter Lewis Kingston" ""Pete"" "Wentz III" is an American musician best known for being the bassist, primary lyricist and backing vocalist for the American rock music/rock band Fall Out Boy. Before Fall Out Boy's inception in 2001, Wentz was a fixture of the Chicago hardcore scene and was notably the lead vocalist/lyricist for Arma Angelus. During Fall Out Boy's temporary hiatus in 2009-12, Wentz formed the Experimental music/experimental electropop and dubstep group Black Cards. He owns a record label, Decaydance Records, which has signed bands such as Panic! at the Disco and Gym Class Heroes. Fall Out Boy returned in February 2013.

Wentz has also ventured into other non-musical projects, including writing, acting, and fashion; in 2005 he founded a clothing company called Clandestine Industries (Fashion)/Clandestine Industries. He also hosts the TV show Best Ink and runs a film production company called Bartskull Films, as well as a bar called Angels & Kings. His philanthropic activities include collaborations with Invisible Children, Inc. and UNICEF's Tap Project, a fundraising project that helps bring clean drinking water to people worldwide. People magazine states that "no bassist has upstaged a frontman as well as Pete Wentz of Fall Out Boy."

Underwear. It's like a goddamned leash. It also constantly reminds me of how funny I look naked.

It's a band that we grew up on and thought was really cool. It's definitely influenced Fall Out Boy, so it's definitely cool to be a stepping stone for that band for people to check them out. 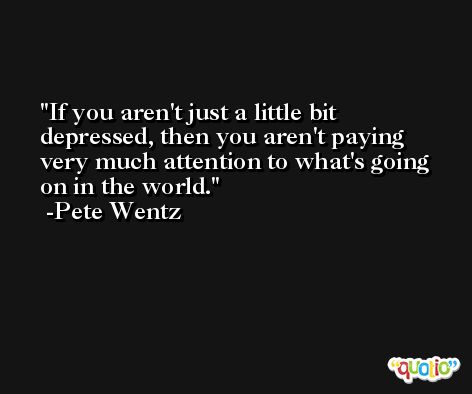 It's like a bunch of hard-core kids who decided they were going to write pop music.

[But as] I Slept With Someone In Fall Out Boy And All I Got Was This Stupid T-Shirt ... they wake up with Pete Wentz from Illinois. 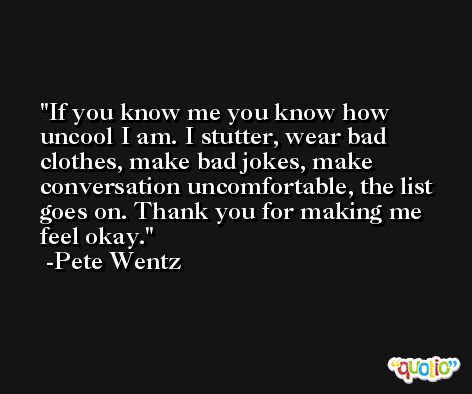 [And Fall Out Boy isn't the notoriously feuding Guns N' Roses.] We're best friends, ... And that's what's most important. They know a healthy Pete is good for Fall Out Boy. 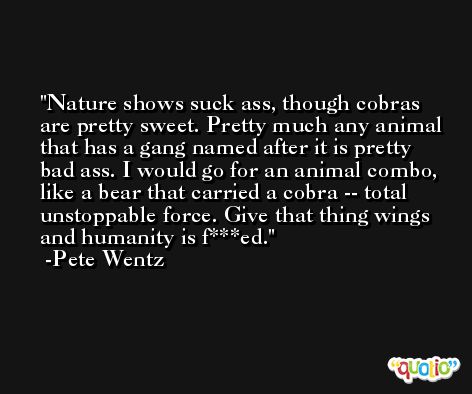