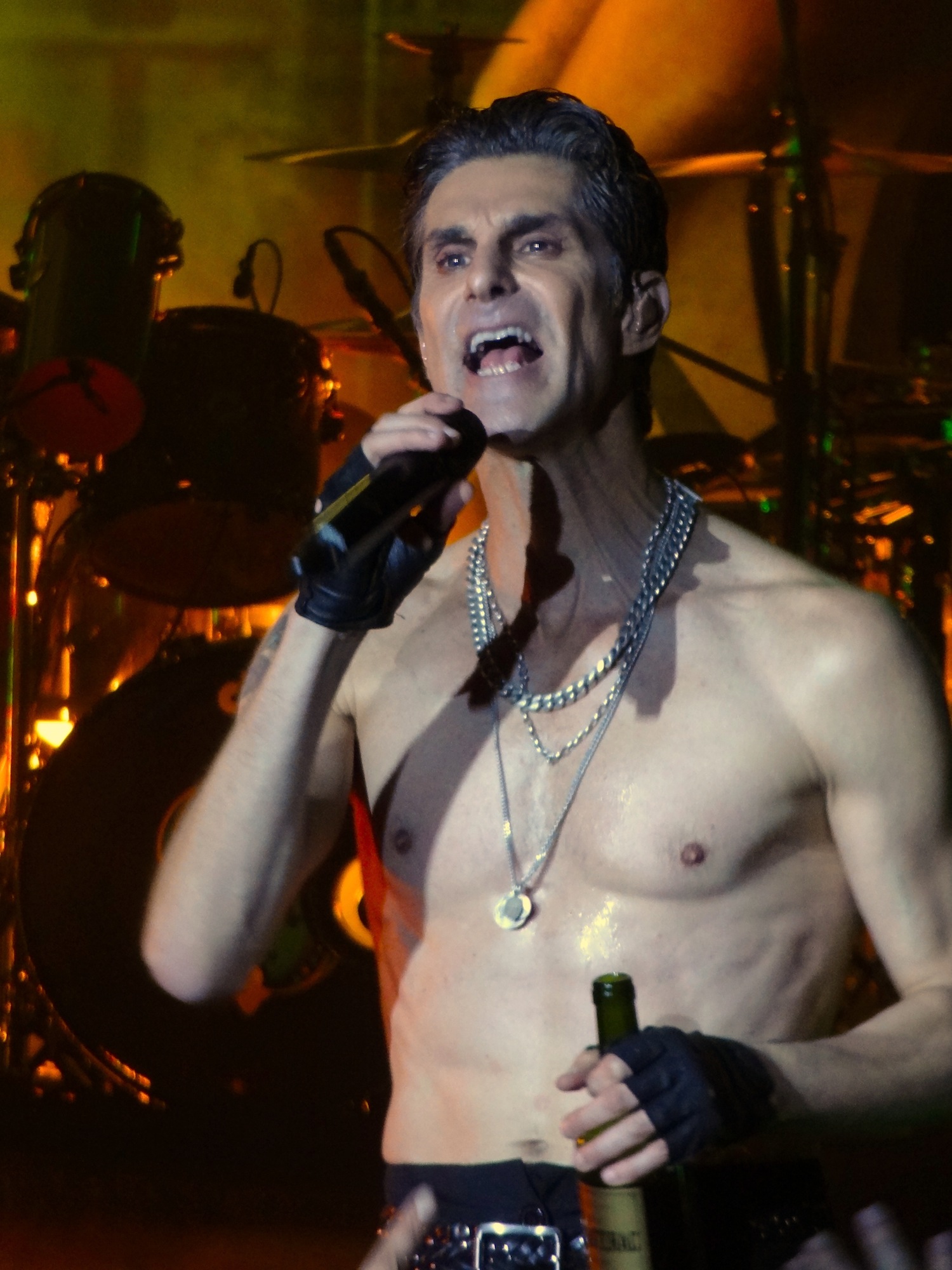 "Perry Farrell" is an American musician, best known as the frontman for the alternative rock band Jane's Addiction. Farrell created the touring festival Lollapalooza as a farewell tour for Jane's Addiction in 1991; it has since evolved into an annual destination festival. Farrell continues to produce Lollapalooza with partners William Morris Agency and C3. Farrell has led the alternative rock groups Porno for Pyros and Satellite Party. He is the only person who has performed at all twelve Coachella Valley Music and Arts Festivals to date, having appeared under five different names (Perry Farrell, Jane's Addiction, DJ Peretz, Satellite Party, and with Hybrid (Welsh band)/Hybrid). DJ Peretz and The Chemical Brothers are the only names to have appeared on the festival's lineup card more than four times.

If you enjoy these quotes, be sure to check out other famous musicians! More Perry Farrell on Wikipedia.

Our plight, ... is a true indication of the general health of the touring industry and it is across musical genres.

For three days this summer, people will come to Chicago to witness musical history in real time. 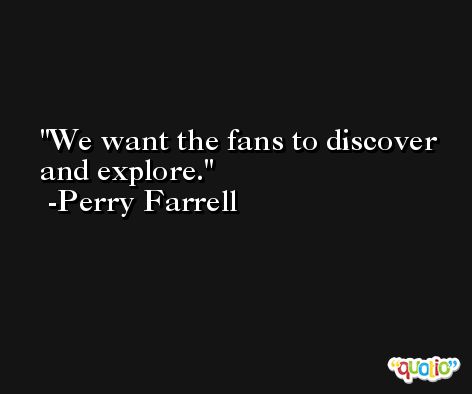 Here's my system. Music that's five years old should be a nickel. Music's that's three to four years old, you should pay a dime. If it's two years old, it's 50 cents and for new singles, 75 cents.

It's a kick-ass lineup. We know you're going to have a sloppy good time. We made a concerted effort to book more hip-hop this year, and to mix it with a bunch of other amazing things too. And what we've ended up with is a beautiful, amazing thing. 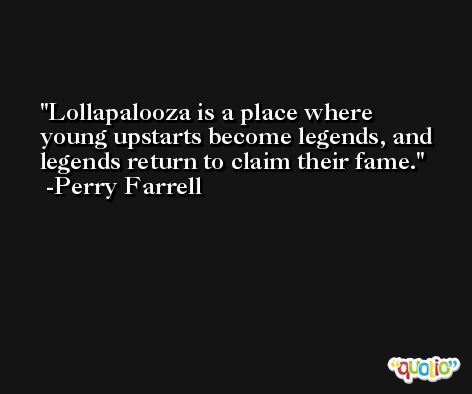 A number of them were African-Americans that had been in that culture of violence, and they're taught to look away. You don't want anything to do with it. Get out of there. You don't say anything to anybody. That is a culture that they are immersed in.

Without game, men prey on each other.