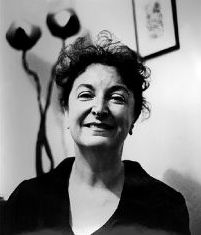 "Pauline Kael" was an American film critic who wrote for The New Yorker magazine from 1968 to 1991. Earlier in her career, her work appeared in City Lights, McCall's and The New Republic.

Kael was known for her "witty, biting, highly opinionated, and sharply focused" reviews, her opinions often contrary to those of her contemporaries. She is often regarded as the most influential American film critic of her day.

She left a lasting impression on many major critics, including Armond White, whose reviews are similarly non-conformist, and Roger Ebert, who once said that Kael "had a more positive influence on the climate for film in America than any other single person over the last three decades." Owen Gleiberman said she "was more than a great critic. She re-invented the form, and pioneered an entire aesthetic of writing. She was like the Elvis or the Beatles of film criticism."

If you enjoy these quotes, be sure to check out other famous critics! More Pauline Kael on Wikipedia.

The words "Kiss Kiss Bang Bang" which I saw on an Italian movie poster, are perhaps the briefest statement imaginable of the basic appeal of movies.

A mistake in judgment isn't fatal, but too much anxiety about judgment is. 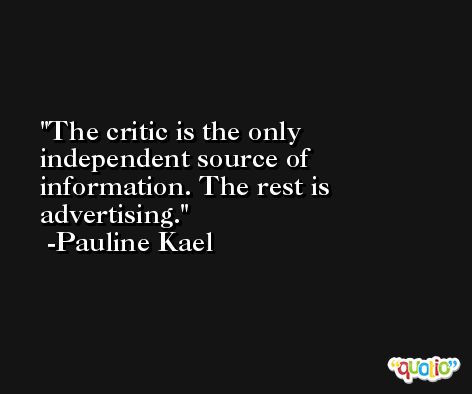 Trash has given us an appetite for art.

Movies are so rarely great art that if we cannot appreciate great trash we have very little reason to be interested in them. 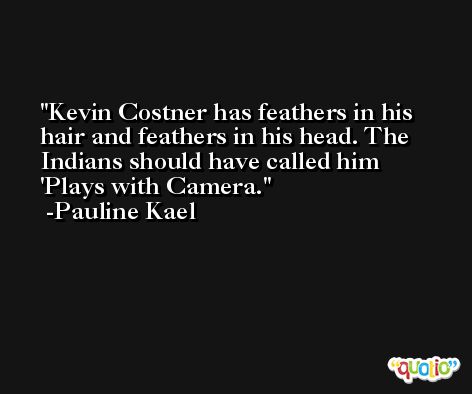 In this country we encourage "creativity" among the mediocre, but real bursting creativity appalls us. We put it down as undisciplined, as somehow "too much."

Citizen Kane is perhaps the one American talking picture that seems as fresh now as the day it opened. It may seem even fresher.