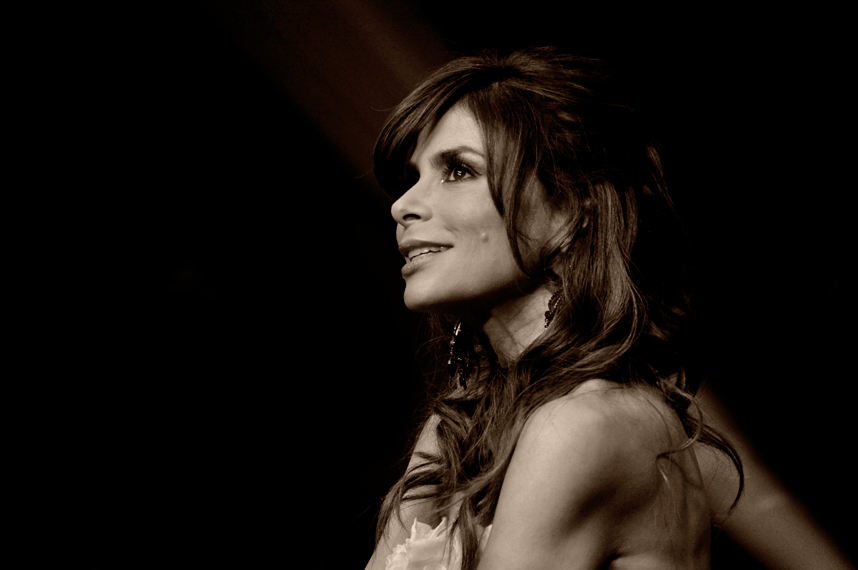 "Paula Julie Abdul" is an Americans/American-Canadian singer-songwriter, dancer, choreographer, actress and television personality. She is a dual citizen of the United States and Canada. She began her career as a National Basketball Association Cheerleading/cheerleader for the Los Angeles Lakers at the age of 18 before rising to prominence in the 1980s as a highly sought-after choreographer at the height of the music video era. Abdul later scored a string of pop music hits in the late 1980s and early 1990s. Her six number one singles on the Billboard Hot 100/Billboard Hot 100 tie her with Diana Ross for sixth among the female solo performers who have topped the chart. She won a Grammy for "Best Music Video – Short Form" for "Opposites Attract" and twice won the "Primetime Emmy Award for Outstanding Choreography".

If you enjoy these quotes, be sure to check out other famous musicians! More Paula Abdul on Wikipedia.

I welcome him like I welcome cold sores. He's from England, he's angry and he's got Mad Power Disease.

Grateful this ordeal is over. 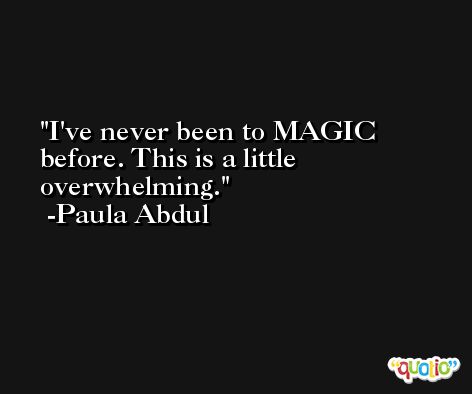 And I have been taught never, never to lie.

I do trust my fans who can see through attempts at character assassination, and I do trust the essential fairness of the American public. 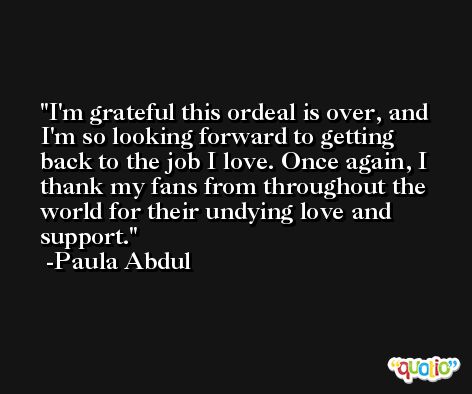 All the facts have been changed to get laughs at my expense. I hope you enjoy it.

I'm grateful this ordeal is over, and I'm so looking forward to getting back to the job I love.