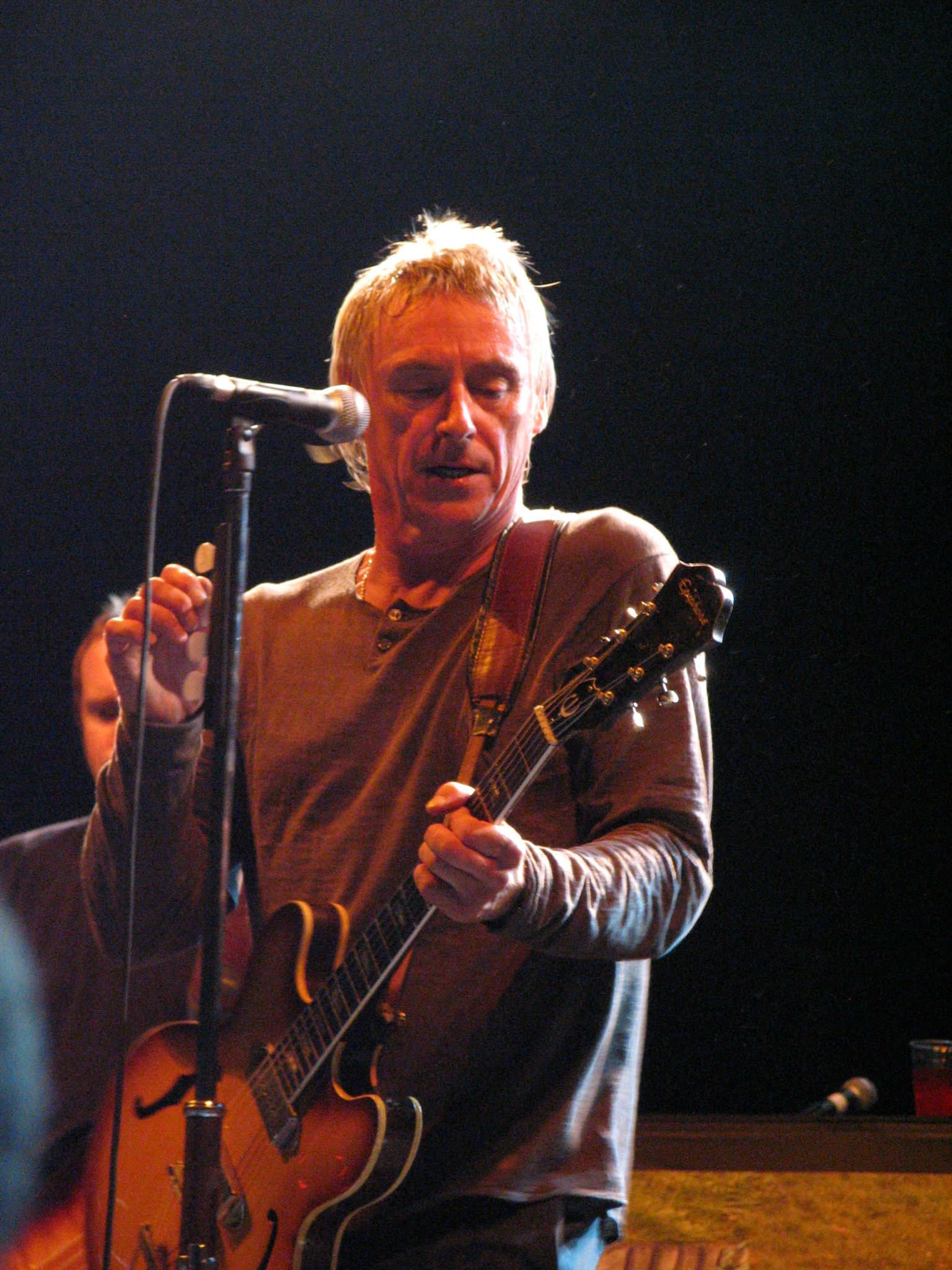 "Paul Weller" is an English people/English singer-songwriter and musician. Starting out with the band The Jam (1976–82), Weller branched out to a more soulful style with The Style Council (1983–89), before establishing himself as a successful solo artist in 1991.

Despite widespread critical recognition as a singer, lyricist and guitarist, Weller has remained a national rather than an international star, and much of his songwriting is rooted in Culture of the United Kingdom/British culture. He is also the principal figure of the 1970s and 1980s mod revival, and is often referred to as The Modfather.

If you enjoy these quotes, be sure to check out other famous musicians! More Paul Weller on Wikipedia.

It was a very formative time for me when I was getting into music. It was the year of the concept album and there were so many fantastic singles.

It's Thursday evening in Toronto -- I had to actually ask the drummer -- but for us, it's Friday night. 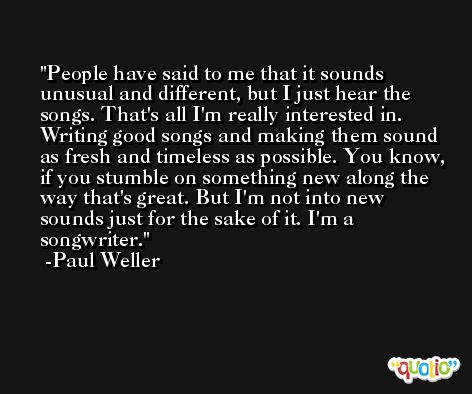 I still love you, too.

I think politicians are so far out of step with what people really want. 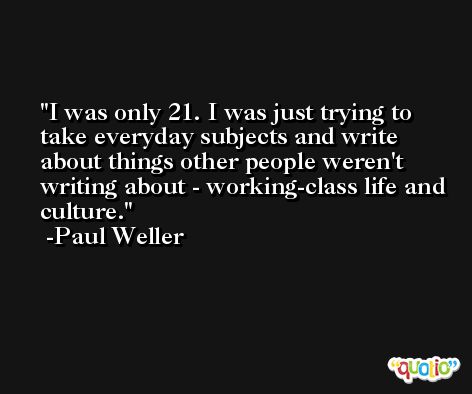