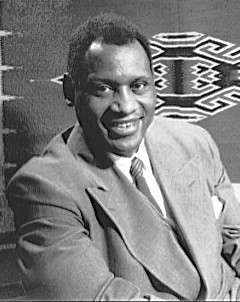 "Paul Leroy Robeson" was an American singer and actor who became involved with the African-American Civil Rights Movement (1896–1954)/Civil Rights Movement. At Rutgers University/Rutgers College, he was an outstanding American football/football player, then had an international career in singing, as well as acting in theater and movies. He became politically involved in response to the Spanish Civil War, fascism, and social injustices. His advocacy of anti-imperialism, affiliation with communism, and criticism of the United States government caused him to be Hollywood blacklist/blacklisted during McCarthyism/the McCarthy era. Ill health forced him into retirement from his career. He remained until his death an advocate of the political stances he took.

If you enjoy these quotes, be sure to check out other famous actors! More Paul Robeson on Wikipedia.

As an artist I come to sing, but as a citizen, I will always speak for peace, and no one can silence me in this.

[Singer Marian Anderson was investigated in 1958 when the State Department considered her for] a top level position. ... typical temperamental musician. 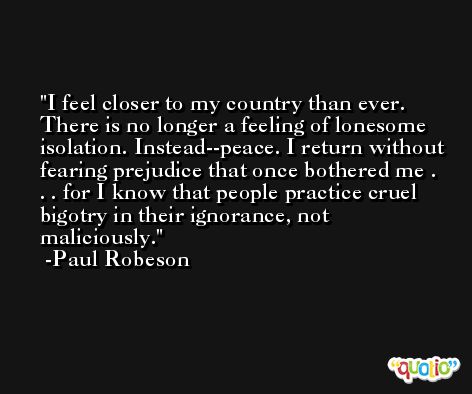 In my music, my plays, my films, I want to carry always this central idea: to be African.

I've learned that my people are not the only ones oppressed.. . . I have sung my songs all over the world and everywhere found that some common bond makes the people of all lands take to Negro songs as their own. 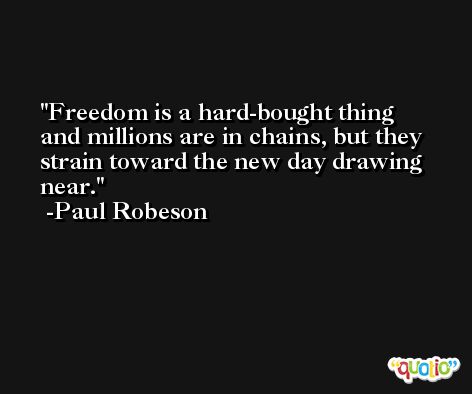 The patter of their feet as they walk through Jim Crow barriers to attend school is the thunder of the marching men of Joshua, and the world rocks beneath their tread. [on the children of Little Rock].