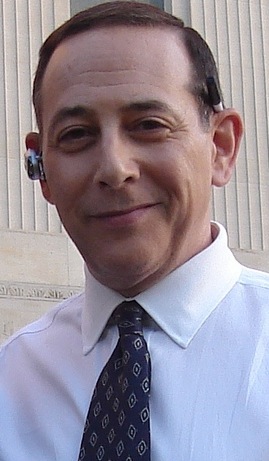 "Paul Reubens" is an American actor, writer, film producer, game show host, and comedian, best known for his character Pee-wee Herman. Reubens joined the Los Angeles troupe The Groundlings in the 1970s and started his career as an Improvisational theatre/improvisational comedian and stage (theatre)/stage actor. In 1982, Reubens put up a show about a character he had been developing for years. The show was called The Pee-wee Herman Show and it ran for five sold-out months with HBO producing a successful special about it. Pee-wee became an instant cult figure and for the next decade Reubens would be completely committed to his character, doing all of his public appearances and interviews as Pee-wee. In 1985 Pee-wee's Big Adventure, directed by the then-unknown Tim Burton, was a financial success and, despite receiving mixed reviews, it developed into a cult film. Big Top Pee-wee, 1988's sequel, was less successful than its predecessor. Between 1986 and 1990, Reubens starred as Pee-wee in the CBS Saturday-morning children's program Pee-wee's Playhouse.

If you enjoy these quotes, be sure to check out other famous comedians! More Paul Reubens on Wikipedia.

Is simply untrue and without merit.

Look at me, I'm getting defensive about something that happened so many years ago, somebody said. I'll have to find out who that was and if he's still alive. 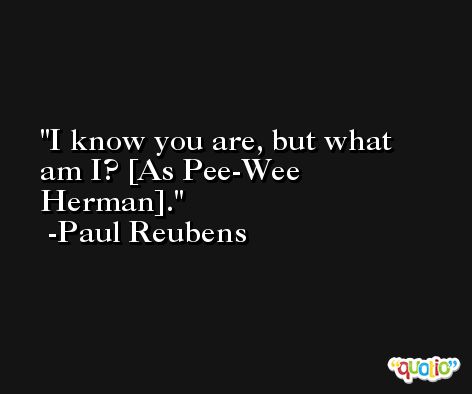 The public may think I'm weird. They may think I'm crazy or anything that anyone wants to think about me. That's all fine. As long as one of the things you're not thinking about me is that I'm a pedophile. Because that's not true.

The moment that I realized my name was going to be said in the same sentence as children and sex, that's really intense. That's something I knew from that very moment, whatever happens past that point, something's out there in the air that is really bad. 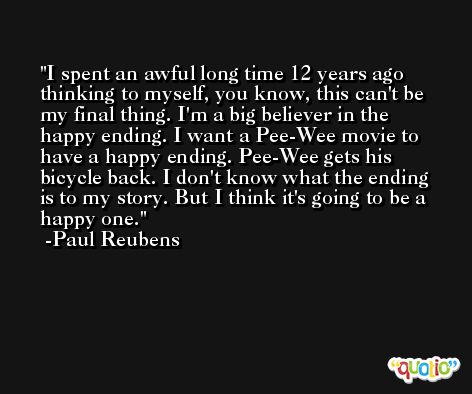