If you enjoy these quotes, be sure to check out other famous politicians! More Paul Martinez on Wikipedia.

The sheriff is treading uncharted territory. He's going to need a little assistance from some-one with knowledge in that background. We're not out to make Sheriff Beck an enemy. If you really think about it, we have Sheriff Beck to thank for all of this.

There's 15 of us right now that have started to organize the group. This has all been pretty quick. It's going really, really fast. Communication is going to play a key part in this community-building in our organization. 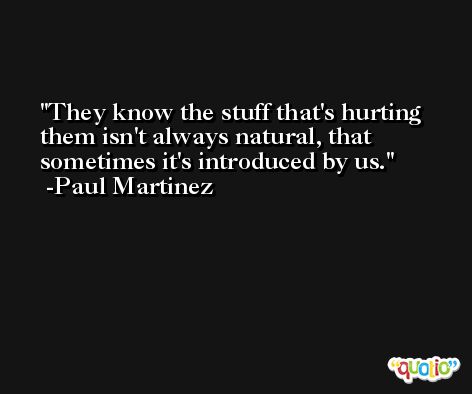 You guys put on a great show. Everyone in this city is so nice.

Our people are not criminals. We didn't cross the border; the border crossed us.