"Patrick Wong" (}}) is a former politician in British Columbia, Canada. He was a member of the Legislative Assembly of British Columbia from 2001 through 2005. He represented the riding of Vancouver - Kensington. He served as the Minister of State for Immigration and Multicultural Services from September 2004 to April 2005. He is a member of the Liberal Party of Canada.

He is a chartered accountant and a partner in an accounting firm specializing in tax and business consulting services. He was born in Hong Kong. He is married with four children.

The highlight of the trip was meeting Catholic youth from all over the world, learning about differences and sharing our love for God.

The upside is that they have a very interesting investor base and are located in Chicago, which has less competition. 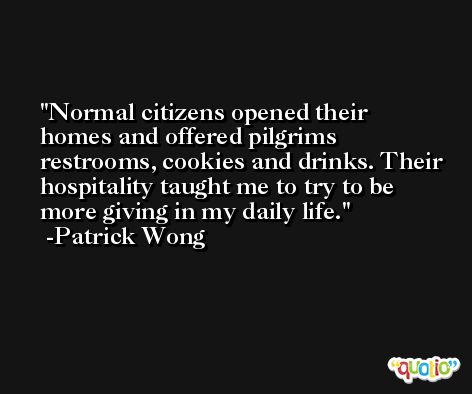