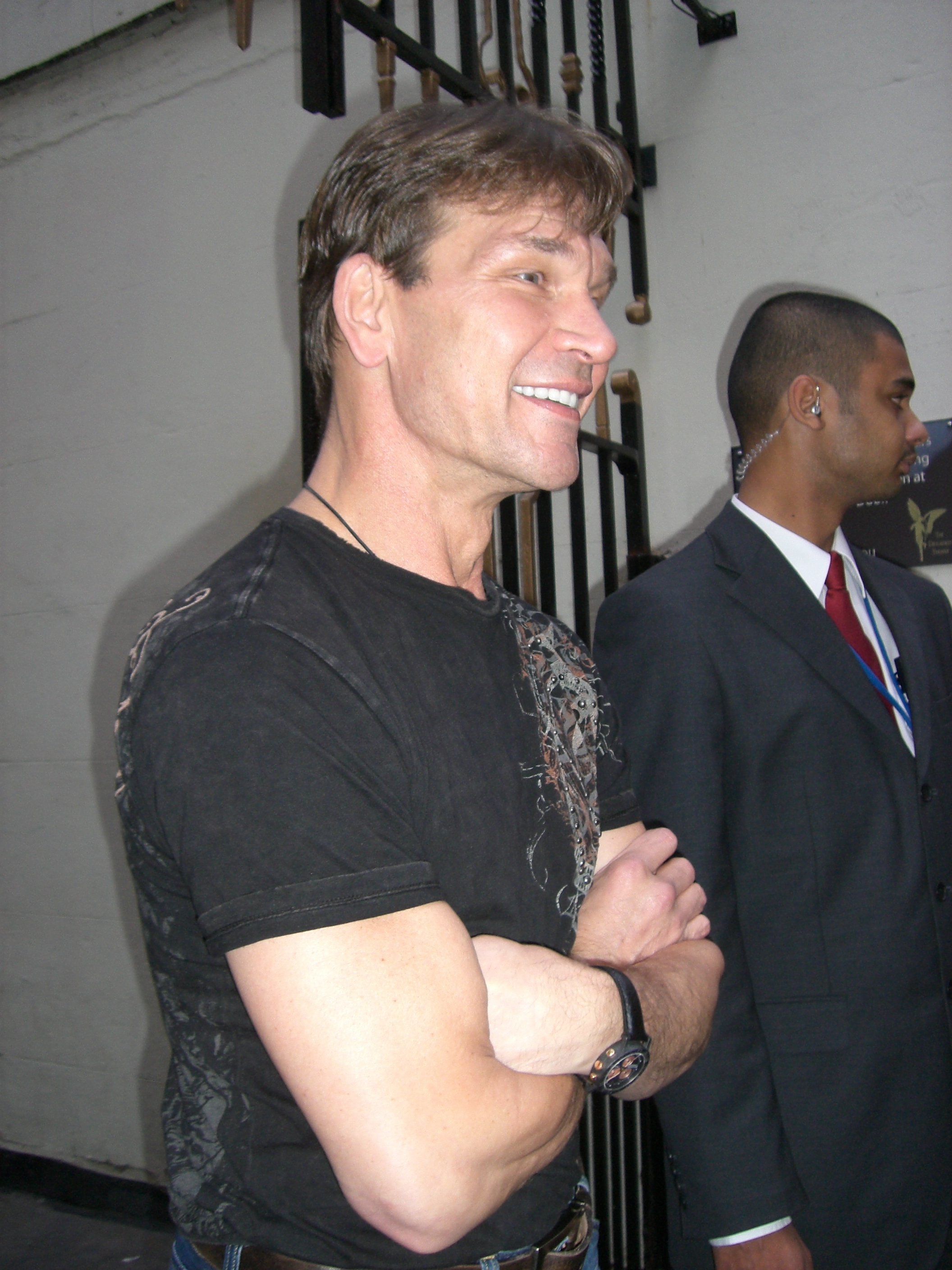 "Patrick Wayne Swayze" was an American actor, dancer, and singer-songwriter. Having gained fame with appearances in films during the 1980s, Swayze became popular for playing tough guys and romantic lead males, gaining him a wide fan base with female audiences and gaining him statuses as a teen idol and sex symbol.

He starred in films from a range of genres, including the drama The Outsiders (film)/The Outsiders (1983), the war film Red Dawn (1984), the romantic "coming-of-age" drama Dirty Dancing (1987), the action film Road House (1989 film)/Road House (1989), the romantic fantasy/crime thriller Ghost (1990 film)/Ghost (1990), action film/action crime film Point Break (1991), co-starring with Keanu Reeves, the supernatural drama film Donnie Darko (2001), and the drama Jump! (film)/Jump! (2008), as well as in the television serials North and South (TV miniseries)/North and South and The Beast (2009 TV series)/The Beast, his final role. During his career he received three Golden Globe Award nominations and was named by People (magazine)/People magazine as its "Sexiest Man Alive" in 1991.

If you enjoy these quotes, be sure to check out other famous actors! More Patrick Swayze on Wikipedia.

There were wonderful sections of Winnipeg that you could play for New York easy.

You can't be pregnant in leotards, and this is the last chance for us to get our bodies into the shape of concert dancers and capture it with the magic of film. 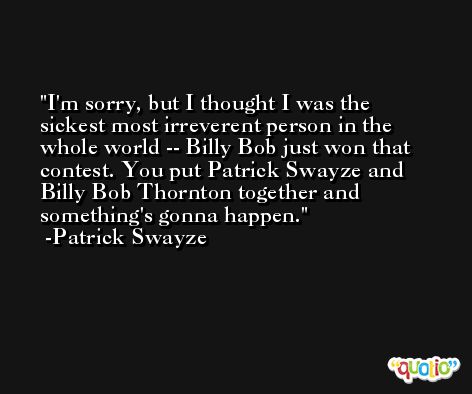 There's just something about dance, ... It's like a primal thing in all of us.

Look at that beautiful pregnant woman! 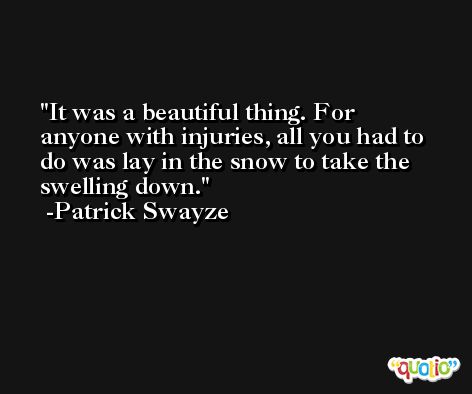 Good looking people turn me off. Myself included.

We absolutely loved it in Winnipeg. The people were wonderful, the architecture is wonderful. 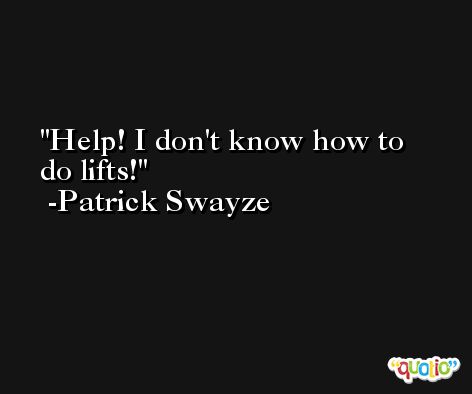