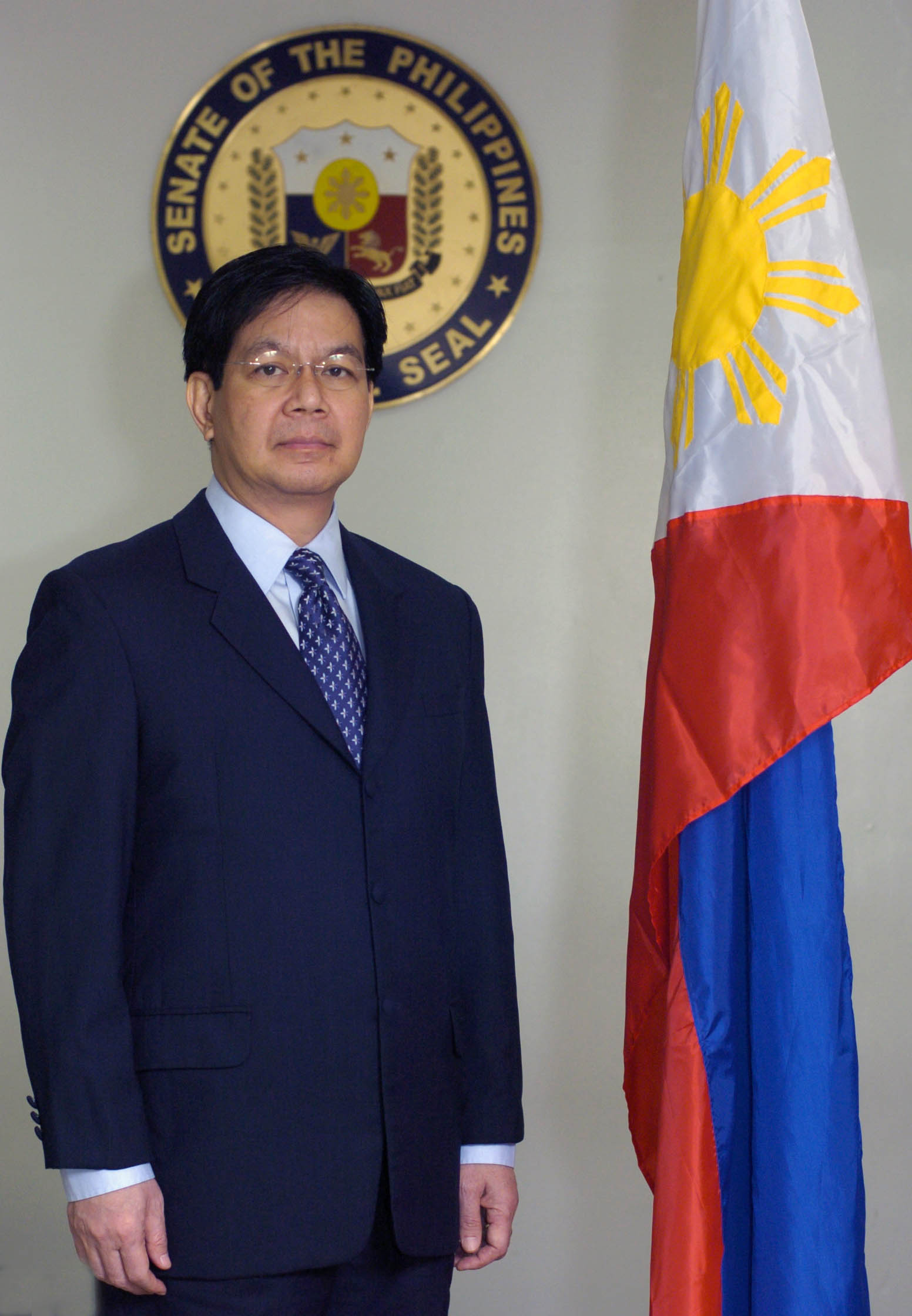 "Panfilo "Ping" Morena Lacson, Sr." is a Filipino people/Filipino politician who served in the Senate of the Philippines from 2001 to 2013. He was Director-General of the Philippine National Police from 1999 to 2001 before being elected to the Senate.

To lead the management and rehabilitation efforts of the central provinces in the Philippines affected by Typhoon Haiyan, Philippines President Benigno Aquino III appointed Panfilo Lacson as Presidential Assistant for Rehabilitation and Recovery in December 2013. Eight months into his job, Lacson secured the approval from President Benigno Aquino III of the phased implementation of the rehabilitation plan of six areas in the Yolanda corridor including that of Tacloban, Leyte, Samar and Cebu.

As members of Congress, they were elected as representatives of their constituents.

I don't recall having received any information sensitive to the US government. 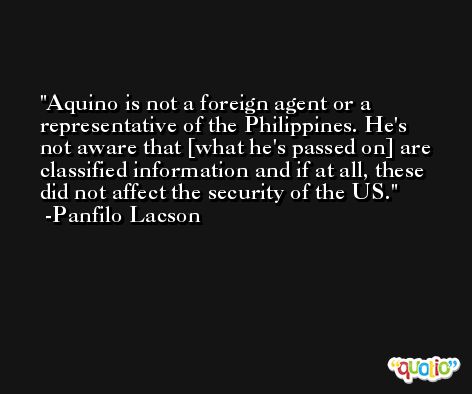 A military option is also an implementation of 'the Constitutional provision that the military is the protector of the State and of the people.