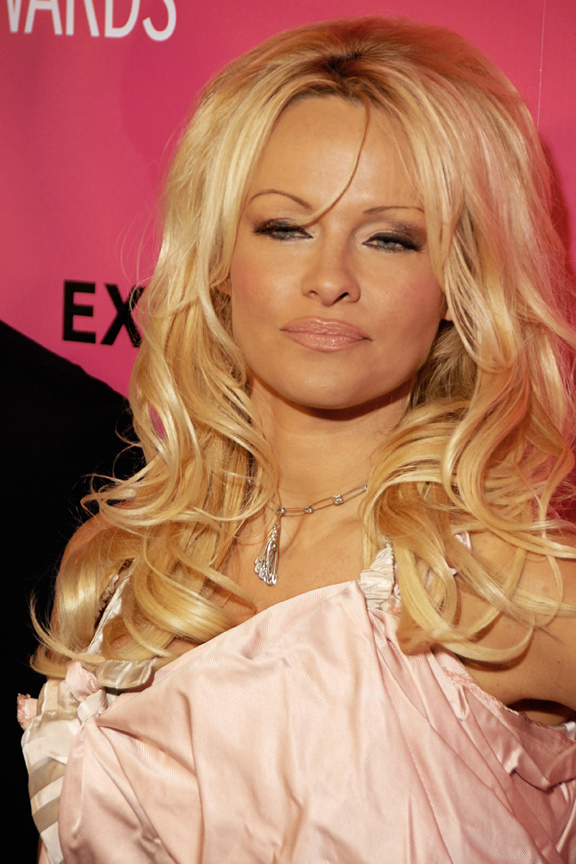 "Pamela Denise Anderson" is a Canadian-American actress. In addition to her acting career, she is also a Model (person)/model, Television producer/producer, author, activist, and former showgirl, known for her roles on the television series Home Improvement (TV series)/Home Improvement, Baywatch, and V.I.P. (TV series)/V.I.P. She was chosen as a Playboy Playmate/Playmate of the Month for Playboy magazine in February 1990. For a time, she was known as "Pamela Anderson Lee" (or "Pamela Lee") after marrying Mötley Crüe drummer Tommy Lee. Anderson is a member of the Animal Rights/animal rights movement and has conducted campaigns condemning the commercial fur industry and promoting veganism through the animal welfarist organisation People for the Ethical Treatment of Animals. In 2006, she was inducted into Canada's Walk of Fame.

If you enjoy these quotes, be sure to check out other famous actresses! More Pamela Anderson on Wikipedia.

I have this phobia: I don't like mirrors. And I don't watch myself on television. If anything comes on, I make them shut it off, or I leave the room.

There's no way I set out to be a certain kind of symbol - the way I dress is the way I am, the way I live my life. 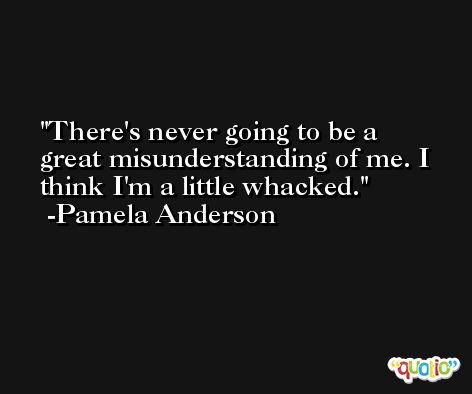 In junior high a boy poured water down my shirt and yelled: `Now maybe they'll grow. 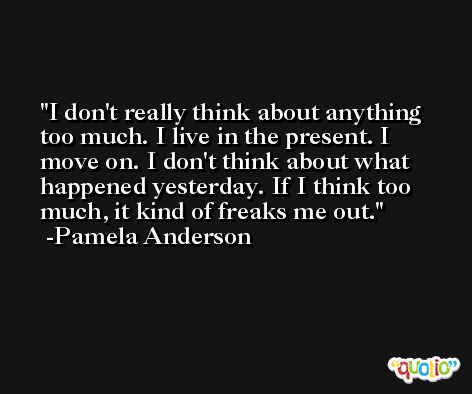 I'm a mother with two small children, so I don't take as much crap as I used to.

I was not a big drug person. I couldn't smoke pot because it made me so paranoid that I couldn't tell if I had to pee or I was really cold, so I just didn't enjoy it. 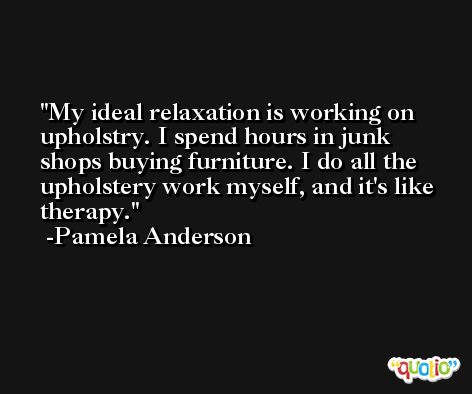 You don't want to have to be the man and the woman in the relationship. I always say you want a man who can fix the toilet.

Tattoos are like stories - they're symbolic of the important moments in your life. Sitting down, talking about where you got each tattoo and what it symbolizes, is really beautiful.