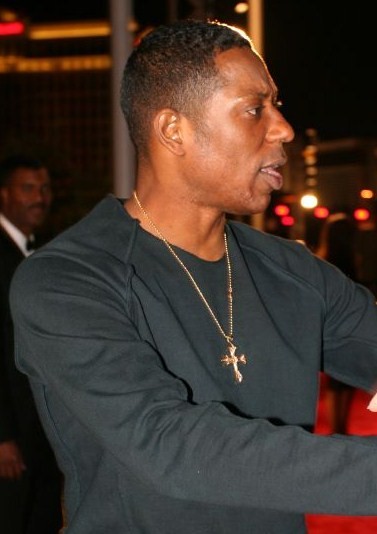 "Orlando Jones" is an United States/American comedian and film and television actor. He is notable for being one of the original cast members of the sketch comedy series MADtv and for his role as the 7 Up spokesman from 1999 to 2002.

If you enjoy these quotes, be sure to check out other famous comedians! More Orlando Jones on Wikipedia.

You give the guy an Image Award three years in a row and then turn on him like that? If that's the role they want to fulfill, they need to send a clearer message. 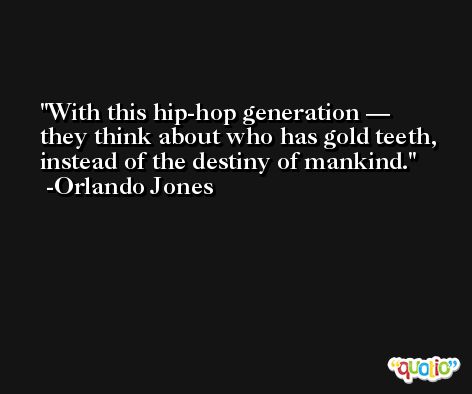 When you're trying to find that line between are you doing comedy, are you doing drama, what are you doing, Martin, for me, anchors it very often, because he approaches it from such just a pure acting standpoint. 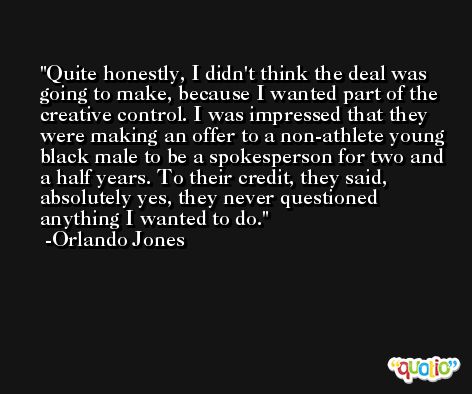 Most of my friends between 21 and 31 are at different stages of figuring out what the hell they are going to do with their lives. It's a big part of our generation. What is the next step?

All you mamas are welcome (in my car).