"Oliver Laurence" “"Ollie"” "North" is a political commentator and television host, military historian, The New York Times Best Seller list/New York Times best-selling author, and a former United States Marine Corps Lieutenant Colonel (United States)/lieutenant colonel. North is primarily remembered for his term as a United States National Security Council/National Security Council staff member during the Iran–Contra affair, a political scandal of the late 1980s. The scandal involved the clandestine operation/clandestine sale of weapons to Iran, supposedly to encourage the release of U.S. hostages then held in Lebanon. North formulated the second part of the plan, which was to divert proceeds from the arms sales to United States and state-sponsored terrorism#The Contras/support the Contras/Contra rebel groups in Nicaragua (which had been specifically prohibited under the Boland Amendment). He was the host of War Stories with Oliver North on Fox News Channel.

If you enjoy these quotes, be sure to check out other famous soldiers! More Oliver North on Wikipedia.

I haven't, in the 23 years that I have been in the uniformed services of the United States of America, ever violated an order - not one.

I don't think there is another person in America that wants to tell this story as much as I do. 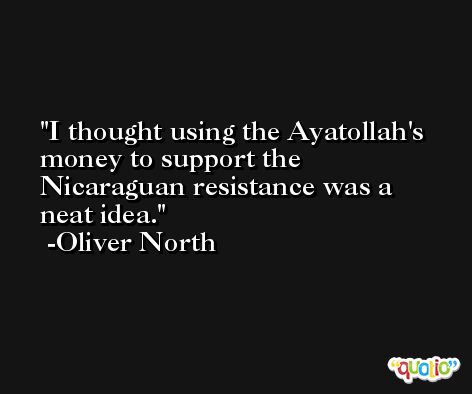 I came here to tell you the truth, the good, the bad and the ugly.

I was provided with additional input that was radically different from the truth. I assisted in furthering that version. 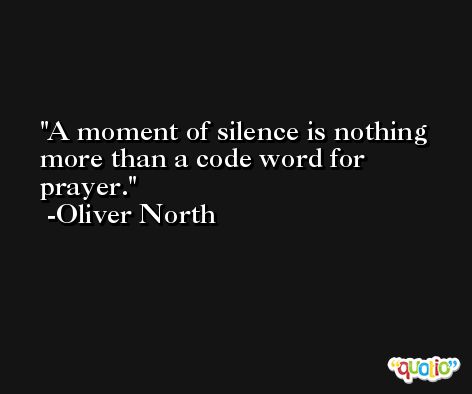 It's not just talking the talk. ? It's walking the walk. The word of God inspires in ways you can't even imagine. Don't wait until the age of 35 to figure it out like I did.

The corruption at the UN didn't begin with the Oil for Food scandal and it certainly doesn't end there. The United Nations is nothing more than bureaucracy piled atop waste, wrapped in fraud, covered with abuse -- all of it funded by American taxpayers who foot 22 percent of UN dues -- more than any other nation. We also pour billions of dollars more into the coffers of its related agencies. 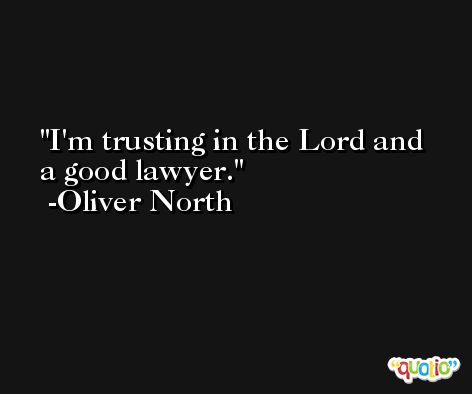