That's the way college football is. They come and they go. You have to learn to live without them. It's nice if you have guys behind them. They know what they're doing. Now will they be as good as those other guys? That's the question. 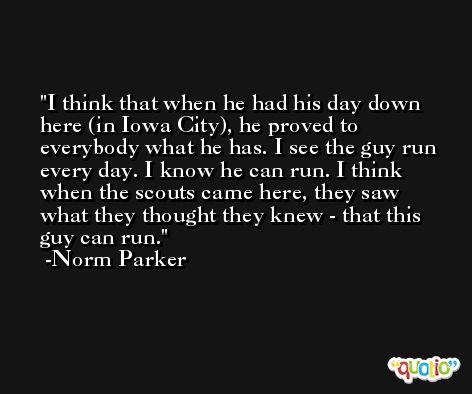 The only thing I've ever told myself is I would never do this just to have a job. If I lost my competitiveness . . . then I wouldn't insult the game by (sticking around). But I enjoy being around the kids. I'm having a good time right now.

It's fun. If I (ever) think, 'Oh God, I've got to go to work today,' I'd hang it up. Being involved with young kids, I think it definitely (does do) something for you. I'd rather do that than go play bingo or something.