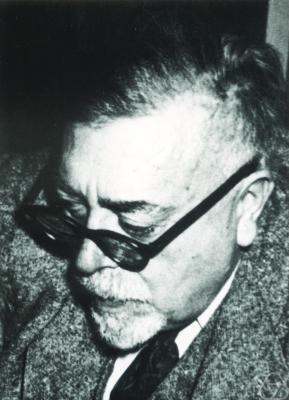 "Norbert Wiener" (November 26, 1894 – March 18, 1964) was an American mathematician and philosopher. He was Professor of Mathematics at Massachusetts Institute of Technology/MIT.

Wiener is considered the originator of cybernetics, a formalization of the notion of feedback, with implications for engineering, systems control, computer science, biology, neuroscience, philosophy, and the organization of society.

If you enjoy these quotes, be sure to check out other famous mathematicians! More Norbert Wiener on Wikipedia.

The nervous system and the automatic machine are fundamentally alike in that they are devices, which make decisions on the basis of decisions they made in the past.

The more we get out of the world the less we leave, and in the long run we shall have to pay our debts at a time that may be very inconvenient for our own survival. 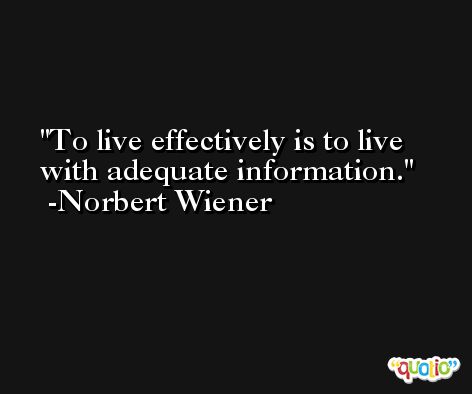 The idea that information can be stored in a changing world without an overwhelming depreciation of its value is false. It is scarcely less false than the more plausible claim that after a war we may take our existing weapons, fill their barrels with information.

The modern physicist is a quantum theorist on Monday, Wednesday, and Friday and a student of gravitational relativity theory on Tuesday, Thursday, and Saturday. On Sunday he is praying. . . that someone will find the reconciliation between the two views. 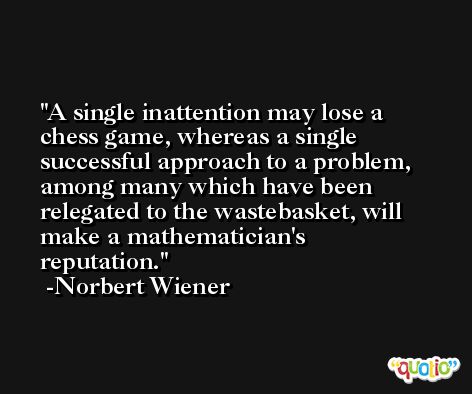