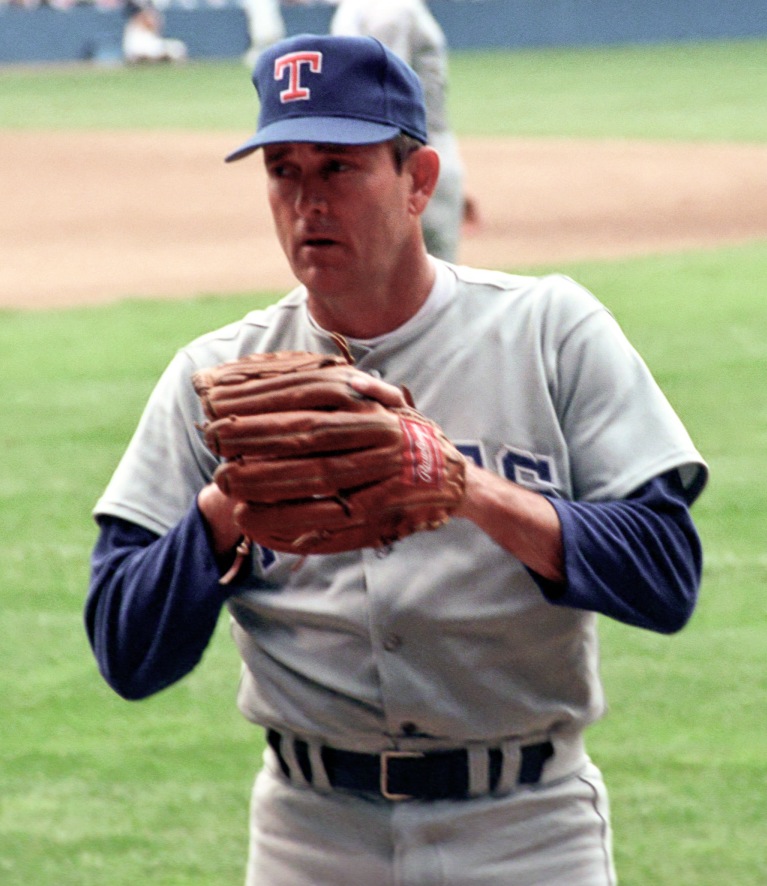 "Lynn Nolan Ryan, Jr." (born January 31, 1947), nicknamed ""The Ryan Express"", is a former Major League Baseball (MLB) pitcher and a previous chief executive officer (CEO) of the Texas Rangers (baseball)/Texas Rangers. He is currently an executive adviser to the owner of the Houston Astros.

Ryan, a hard-throwing, Handedness/right-handed pitcher, threw pitches that were regularly recorded above 100 miles per hour (161 km/h). The high velocity remained throughout his career, even into his 40s. Ryan was also known to throw a devastating 12–6 curveball at exceptional velocity for a breaking ball.

If you enjoy these quotes, be sure to check out other famous athletes! More Nolan Ryan on Wikipedia.

My job is to give my team a chance to win.

Everyone has limits. You just have to learn what your own limits are and deal with them accordingly. 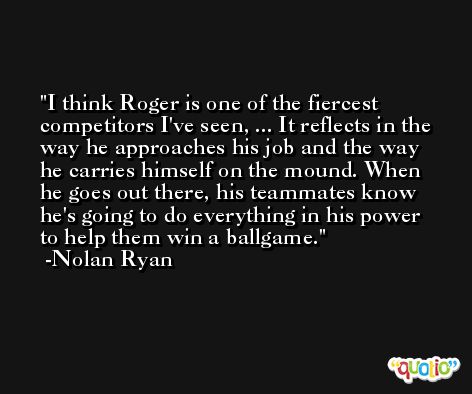 One of the beautiful things about baseball is that every once in a while you come into a situation where you want to, and where you have to, reach down and prove something.

What man in his 40s would not like to look in the mirror and find Nolan Ryan? 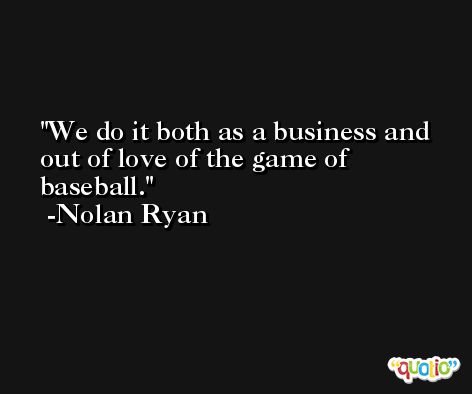 I can't think of anything more humiliating than losing a ballgame to a guy who steals home on you. It happened to me one time against Kansas City. I had a 2-2 count on the hitter - and Amos Otis broke from third. The pitch was a ball and slid in safe. I felt like a nickel.

It helps if the hitter thinks you're a little crazy. 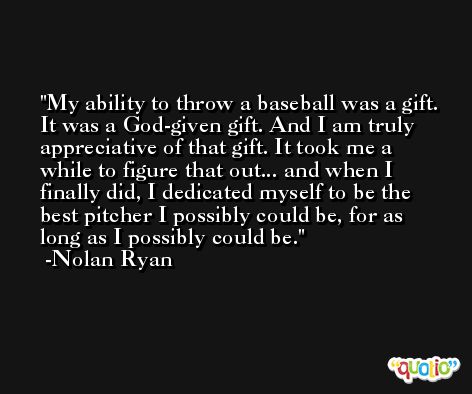