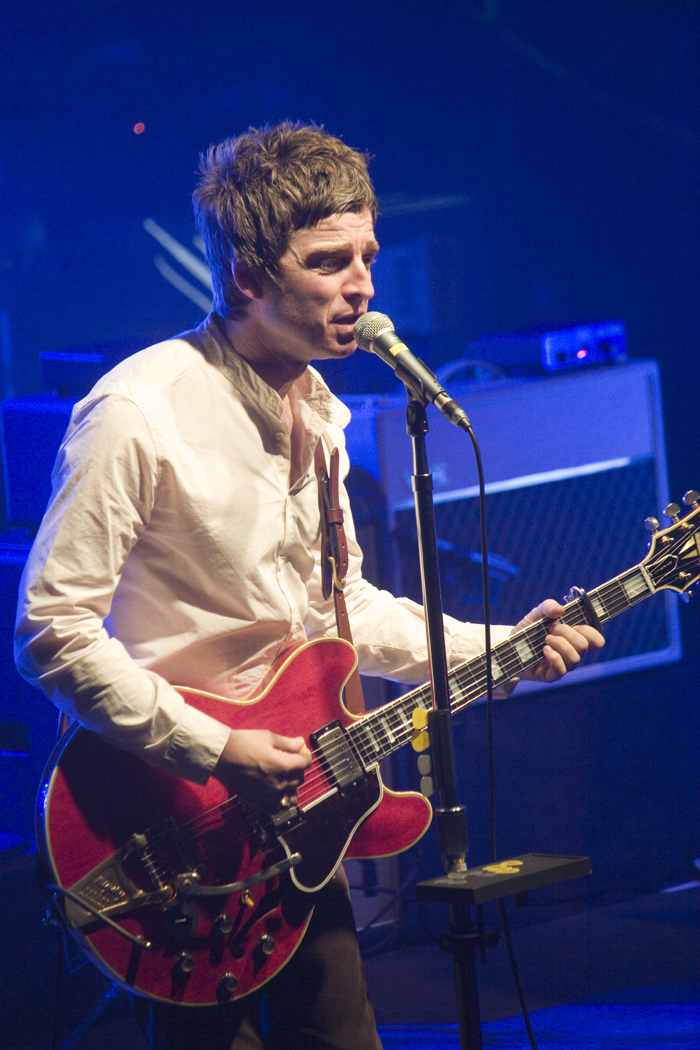 "Noel Thomas David Gallagher" is an English musician, singer, and songwriter. He served as the lead guitarist, co-lead vocalist and principal songwriter of the rock band Oasis (band)/Oasis. Raised in Burnage, Manchester, Gallagher began learning guitar at the age of thirteen. After a series of odd jobs in construction, he worked for local Manchester band Inspiral Carpets as a roadie and technician in 1988. Whilst touring with them, he learned that his brother Liam Gallagher had formed a band of his own, known as the Rain, which eventually took on the name Oasis. After Gallagher returned to England, he was invited by his brother to join Oasis as songwriter and guitarist.

If you enjoy these quotes, be sure to check out other famous musicians! More Noel Gallagher on Wikipedia.

They should be shot. [on the Backstreet Boys ].

When we started off, we wanted the girls, the cocaine, the fur coats. It wasn't like it was an act; it was almost like working-class people winning the pools. We went bananas. 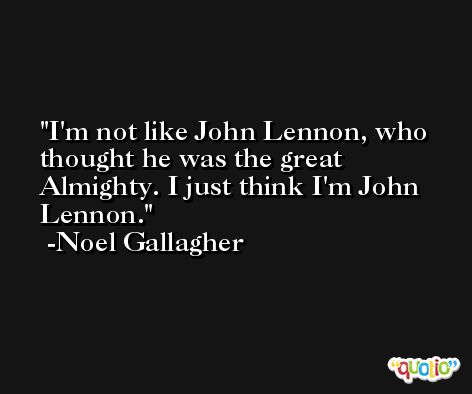 If I were in the Beatles, I'd be a good George Harrison.

I'm a happy-go-lucky character. I'm not that miserable. But I can never let anyone into my world. 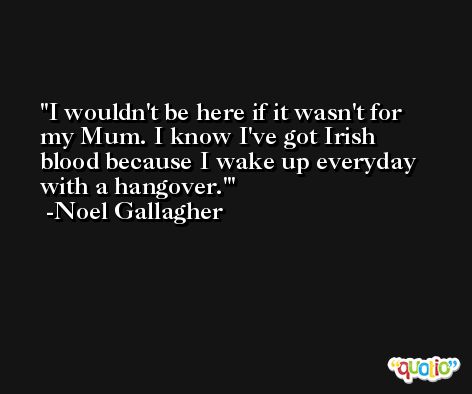 With every song that I write, I compare it to the Beatles. The thing is, they only got there before me. If I'd been born at the same time as John Lennon, I'd have been up there.

All I ever wanted to do was make a record. Here's what you do: you pick up your guitar, you rip a few people's tunes off, you swap them round a bit, get your brother in the band, punch his head in every now and again, and it sells. I'm a lucky bastard. I'm probably the single most lucky man in the world -- apart from our Liam. 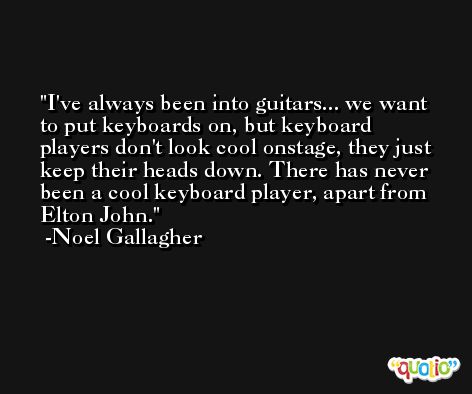