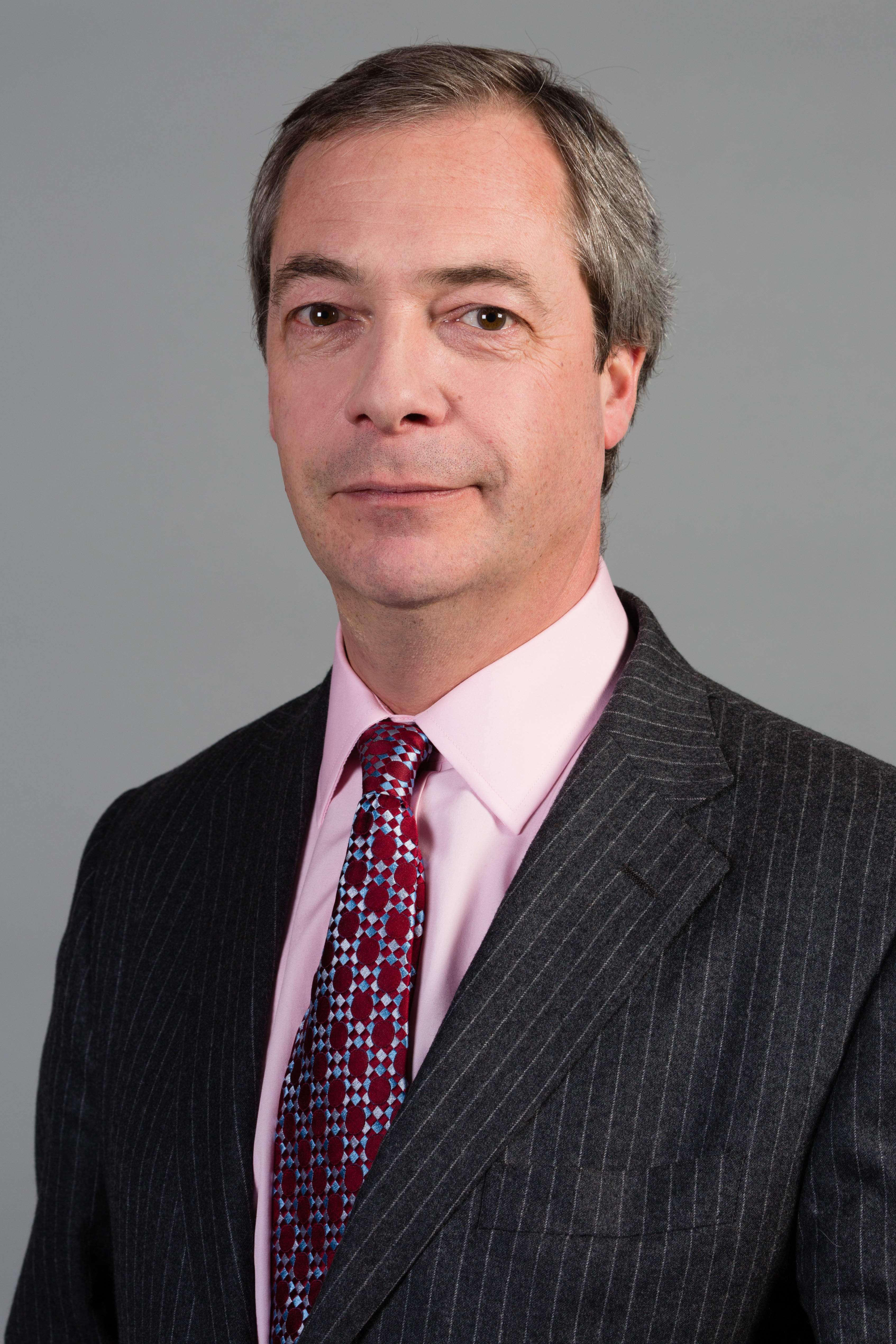 "Nigel Paul Farage" is a British politician and leader of the UK Independence Party (UKIP) since 2010, a position he also held from September 2006 to November 2009. Since 1999 he has been a Member of the European Parliament for South East England (European Parliament constituency)/South East England. He co-chairs the Europe of Freedom and Direct Democracy (formerly "Europe of Freedom and Democracy") group.

If you enjoy these quotes, be sure to check out other famous politicians! More Nigel Farage on Wikipedia.

Should we continue to run our economic affairs or be managed by people in Brussels? 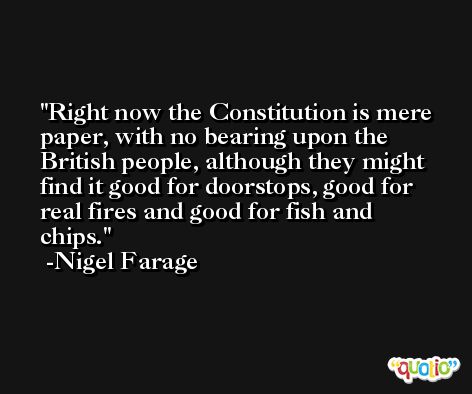 This job is an unpaid job. It costs a fortune to do. You are on call seven days a week and all you get is aggravation.

This just happens to be a fresh attempt to bring in some of the icons of the young and the apolitical and to get them into the whole debate on joining the economic and monetary union. 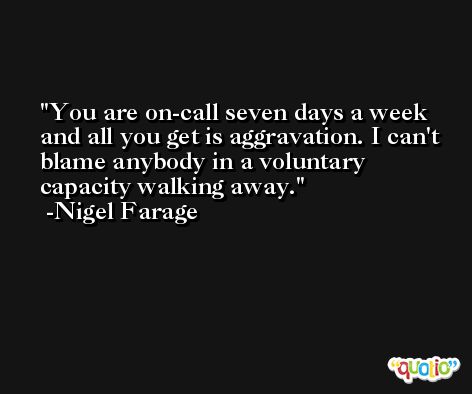 I think that politics needs a bit of spicing up.

This is a one-sided debate, with no opposition voice allowed. It's an absolute.