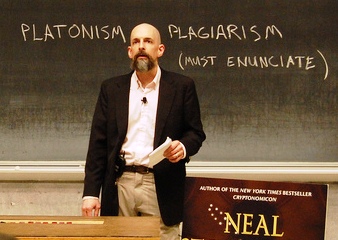 "Neal Town Stephenson" is an American writer and game designer known for his works of speculative fiction.

His novels have been variously categorized as science fiction, historical fiction, cyberpunk, and "postcyberpunk." Other labels, such as "baroque," often appear.

Stephenson explores subjects such as mathematics, cryptography, philosophy, currency, and the history of science. He also writes non-fiction articles about technology in publications such as Wired (magazine)/Wired.

He has worked part-time as an advisor for Blue Origin, a company (funded by Jeff Bezos) developing a manned sub-orbital launch system, and is also a cofounder of Subutai Corporation, whose first offering is the interactive fiction project The Mongoliad. He has also written novels with his uncle, George Jewsbury ("J. Frederick George"), under the collective pseudonym Stephen Bury.

If you enjoy these quotes, be sure to check out other famous writers! More Neal Stephenson on Wikipedia.

It is the fate of operating systems to become free.

For example, there was the day he gave me the job of figuring out how many jellybeans it would take to fill up Soldier Field. 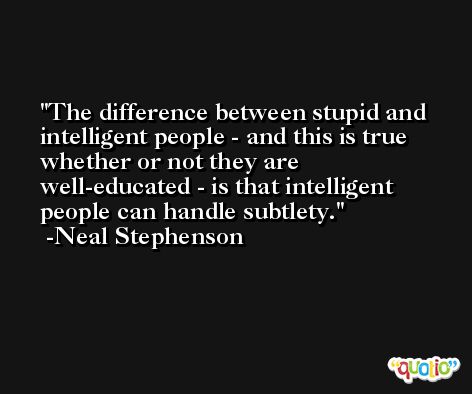 Most countries are static, and they need to do is keep having babies. But America's like this big old clanking smoking machine that just lumbers across the landscape scooping up and eating everything in sight.

The difference between ignorant and educated people is that the latter know more facts. But that has nothing to do with whether they are stupid or intelligent. 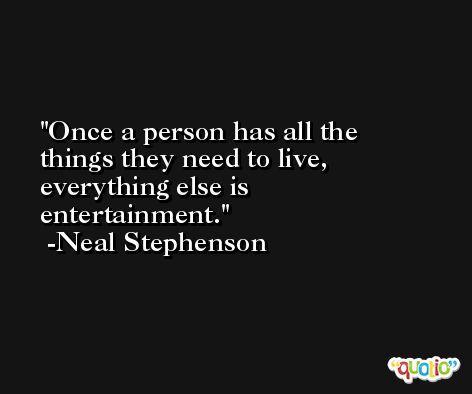 The science fiction approach doesn't mean it's always about the future; it's an awareness that this is different.

Talent was not rare; the ability to survive having it was.