"Nathaniel Branden" was a Canadian–American psychotherapy/psychotherapist and writer known for his work in the psychology of self-esteem. A former associate and romantic partner of Ayn Rand, Branden also played a prominent role in the 1960s in promoting Rand's philosophy, Objectivism (Ayn Rand)/Objectivism. Rand and Branden split acrimoniously in 1968, after which Branden focused on developing his own psychological theories and modes of therapy.

If you enjoy these quotes, be sure to check out other famous psychologists! More Nathaniel Branden on Wikipedia.

Productive achievement is a consequence and an expression of health, self-esteem, not its cause.

There is overwhelming evidence that the higher the level of self-esteem, the more likely one will be to treat others with respect, kindness, and generosity. 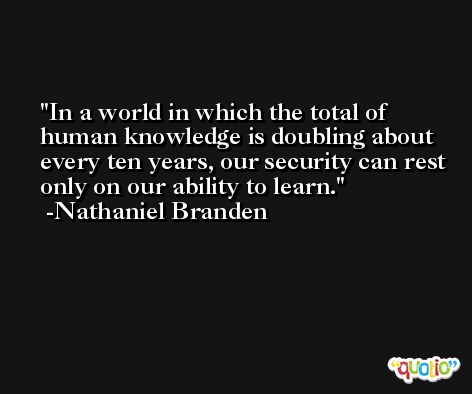 Self-esteem is the reputation we acquire with ourselves. 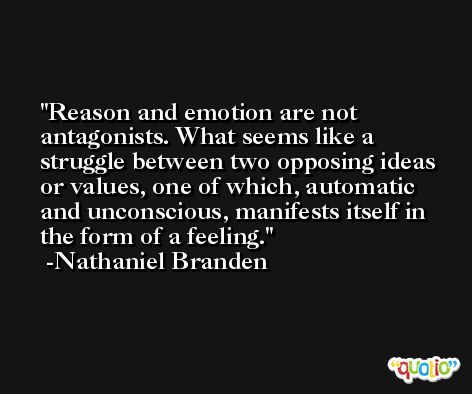 Live with integrity, respect the rights of other people, and follow your own bliss.

A woman in love will do almost anything for a man, except give up the desire to improve him. 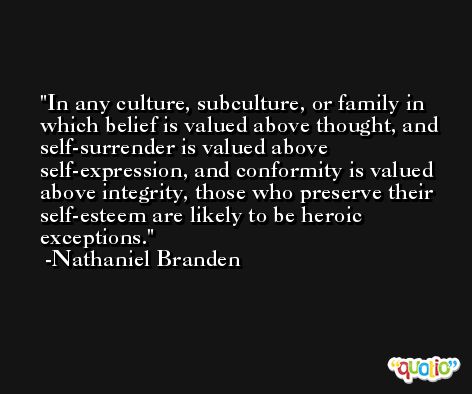