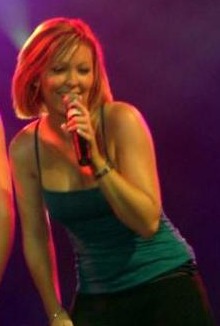 "Natasha Maria Hamilton" is an English singer-songwriter, dancer and occasional stage actress. She is a member of girl group Atomic Kitten. Hamilton has so far released 19 singles and three studio albums with the band including three number one singles, their biggest being the 2001 single "Whole Again". In 2004, the band announced they would be splitting to pursue solo careers; they reformed in 2005 and again in 2008. On 4 March 2012, Hamilton confirmed the band would reform officially for the first time since 2004 to tour.

If you enjoy these quotes, be sure to check out other famous musicians! More Natasha Hamilton on Wikipedia.

The solo project is going really well at the moment. I'm a bit nervous about the show but I've got a lot of support from my family and friends. 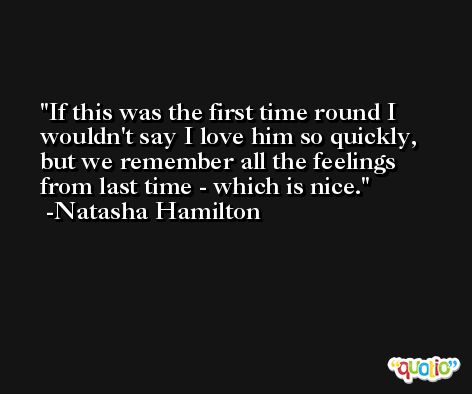 I don't want to tempt fate, but it is going really well.