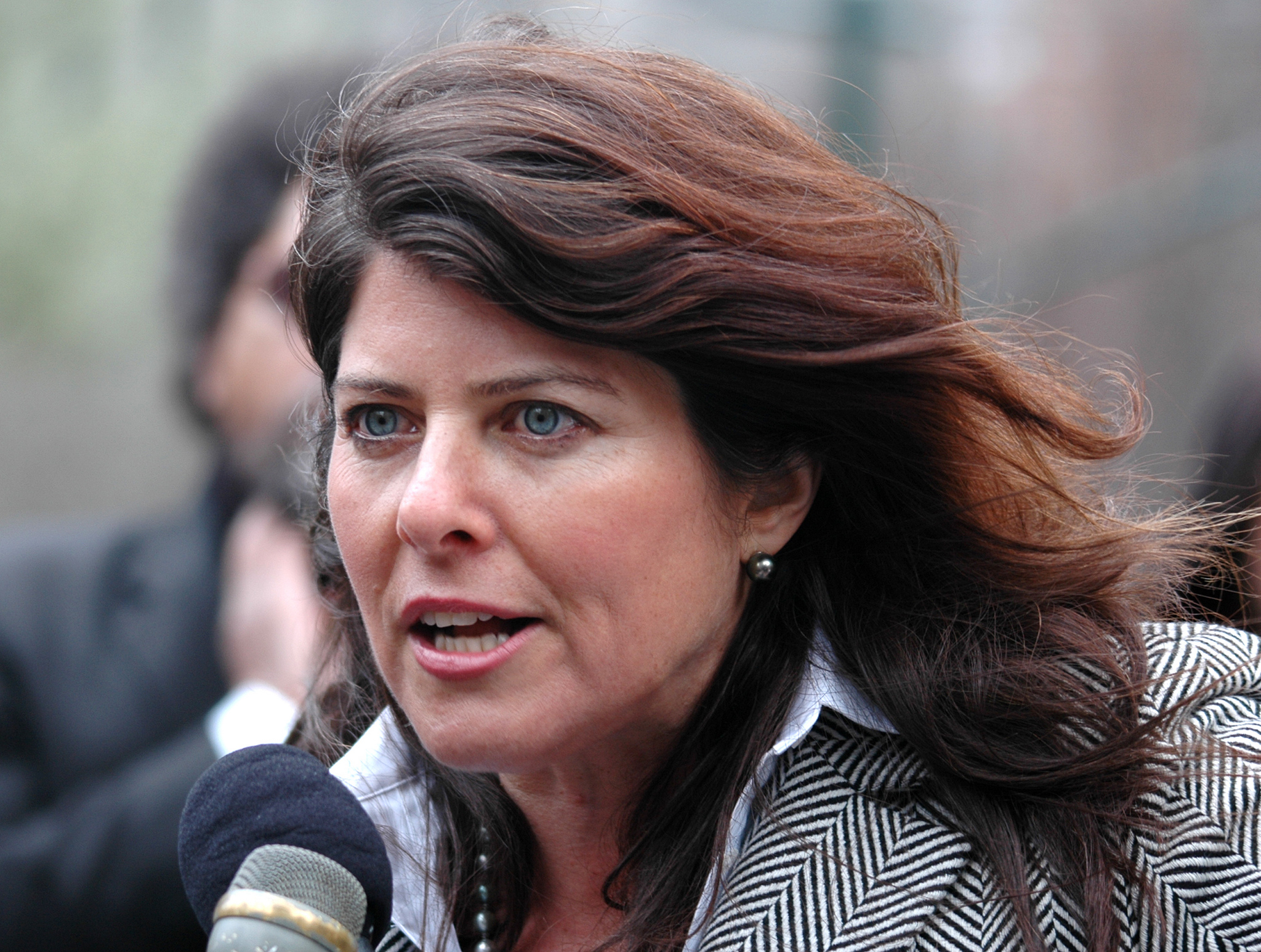 "Naomi R. Wolf" is an American author and former political consultant. With the publication of the 1991 bestselling book The Beauty Myth, she became a leading spokeswoman of what was later described as the Third-wave feminism/third wave of the feminist movement. In 2007, she published the bestselling book The End of America.

If you enjoy these quotes, be sure to check out other famous writers! More Naomi Wolf on Wikipedia.

'Beauty' is a currency system like the gold standard. Like any economy, it is determined by politics, and in the modern age in the West is is the last, best belief system that keeps male dominance intact.

Western women have been controlled by ideals and stereotypes as much as by material constraints. 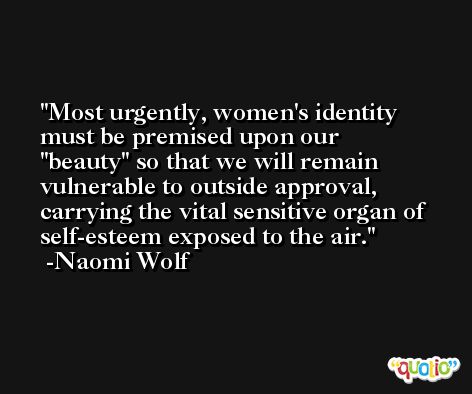 To ask women to become unnaturally thin is to ask them to relinquish their sexuality.

No matter what a woman's appearance may be, it will be used to undermine what she is saying and taken to individualize - as her personal problem - observations she makes about the beauty myth in society. 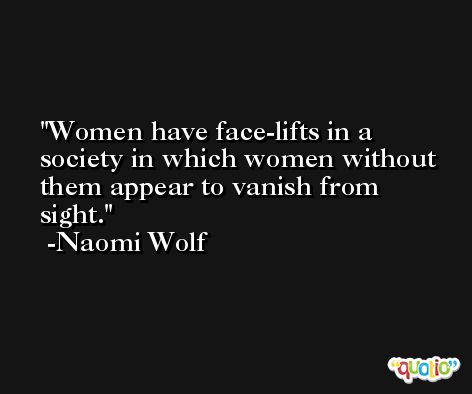 Aging in women is 'unbeautiful' since women grow more powerful with time, and since the links between generations of women must always be broken.