"Naomi Elaine Campbell" is an English model, actress, singer, and author. Recruited at the age of 15, she established herself among the top three most recognizable and in-demand models of the late 1980s and the 1990s, and she was one of six models of her generation declared ":supermodels" by the fashion world.

In addition to her modelling career, Campbell has embarked on other ventures, which include authoring a novel, an Rhythm & blues/R&B-Pop music/pop studio album, and several acting appearances in film and television, such as the modelling competition reality show The Face (TV series)/The Face and its international offshoots. Campbell is also involved in charity work for various causes. Her personal life is widely reported, particularly her relationships with prominent men (including boxer Mike Tyson and actor Robert De Niro) and several highly publicised convictions for assault.

If you enjoy these quotes, be sure to check out other famous models! More Naomi Campbell on Wikipedia.

I don't always wear underwear. When I'm in the heat, especially, I can't wear it. Like, if I'm wearing a flower dress, why do I have to wear underwear?

I haven't met her. She won't meet up with me. 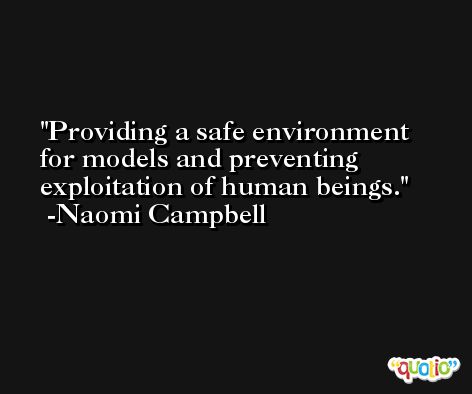 The worst was when my skirt fell down to my ankles, but I had on thick tights underneath.

Kate Moss is my friend...I think it's like everybody is being bad to her. It's not the first time it has happened in the world...it's really like a vendetta.

It would be fantastic if everyone joined forces to give what they can. 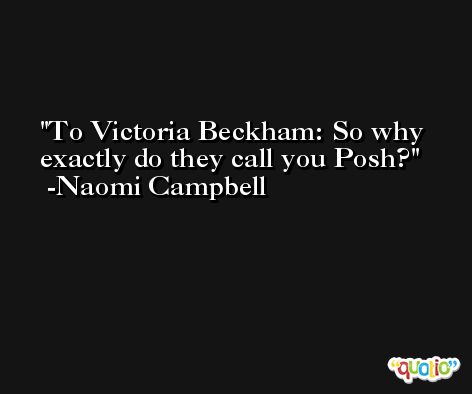