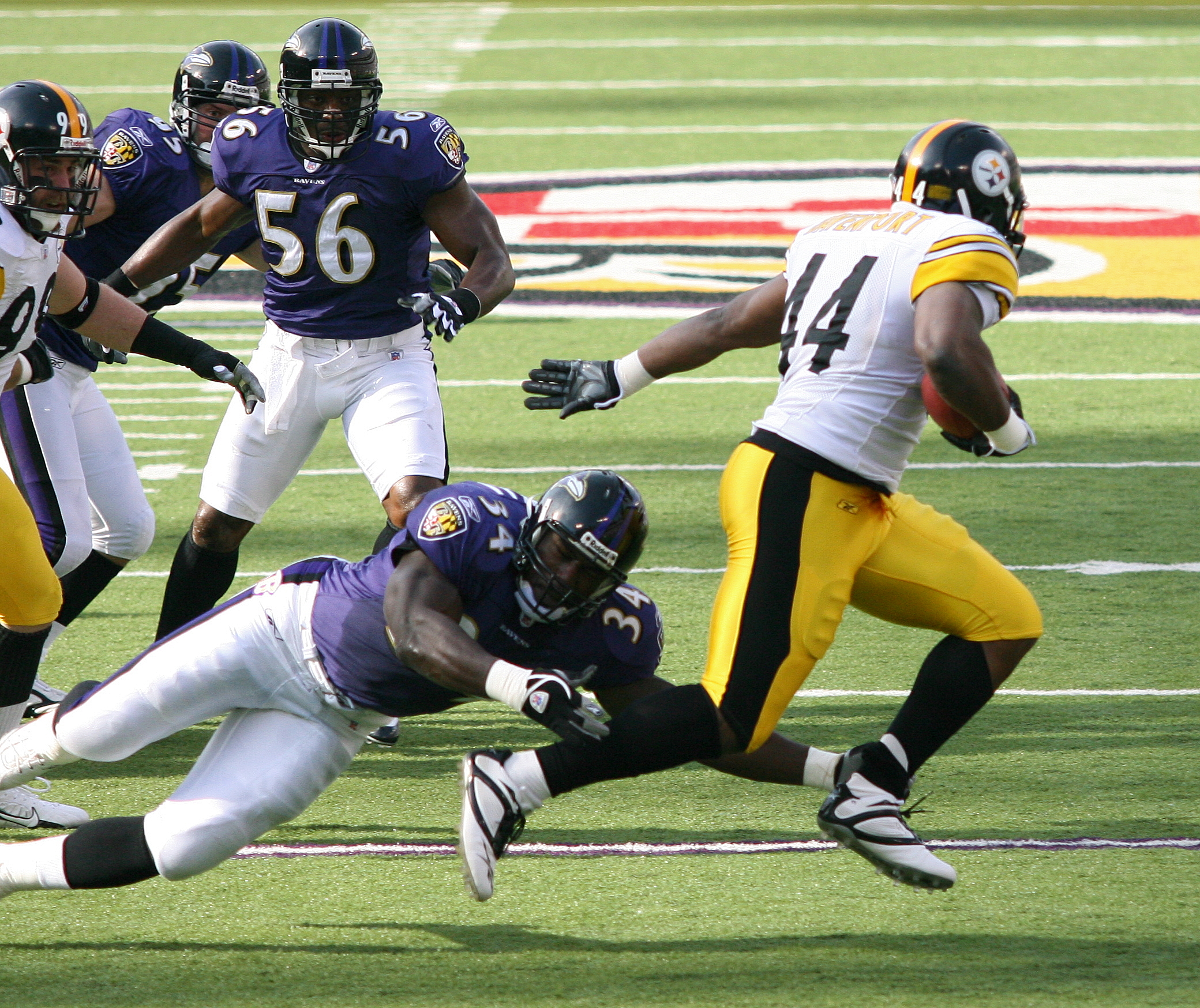 "Najeh Trenadious Monté Davenport" is a former American football running back in the National Football League. He was drafted by the Green Bay Packers in the fourth round of the 2002 NFL Draft. He played college football at the University of Miami.

Davenport also played for the Pittsburgh Steelers and Indianapolis Colts.

We have a bright spot here and there. But we've got to be consistent with it.

You can't worry about stuff you can't control. 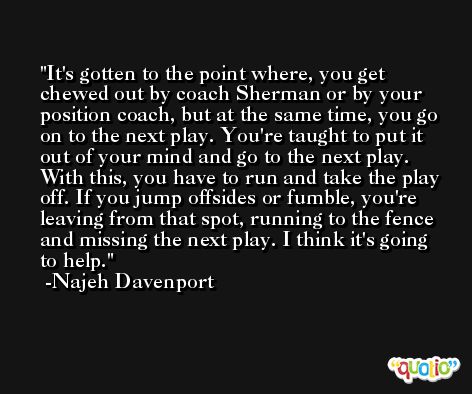 They didn't want me (to run the risk of) having a nagging thing like last year.

I can control how I approach my rehab for the next couple months. I'll be working hard to getting my strength back and my leg right. That's the only thing I can control. After that, it's in God's hands. 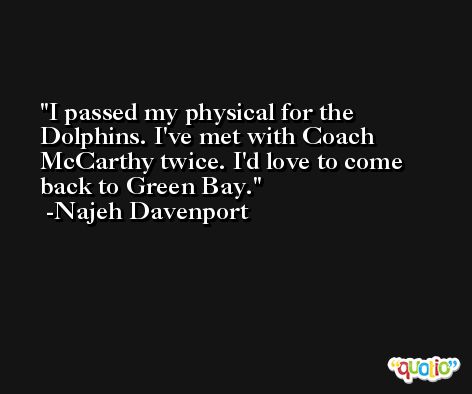