"Morris Peterson, Jr." is an American retired professional basketball player. He is also a cousin of former basketball player Jonathan Bender. Peterson currently serves as a Analyst for a Canadian broadcaster, The Sports Network, on its coverage of his former team, the Toronto Raptors and other capacities including coverage of the NCAA NCAA Men's Division I Basketball Championship/March Madness tournament, where Peterson as part of the 1999–2000 Michigan State Spartans men's basketball team/Michigan State Spartans Men's Basketball team, won the 2000 NCAA Men's Division I Basketball Tournament/National Championship in 2000.

If you get an open look in this league, you've got to knock down the shot and we were knocking them down tonight.

So Coach gets on guys? So what? If he didn't care, he wouldn't get on you. 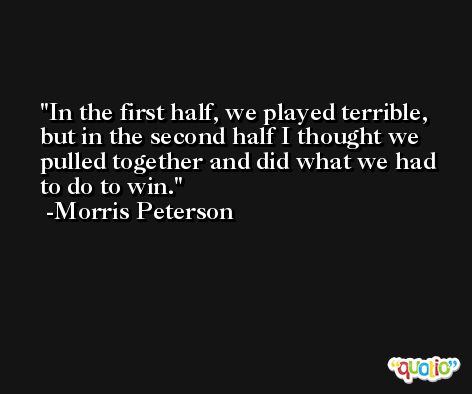 Alvin came over to me and I said 'I'm taking over your throne. I just want to continue to do it. You don't know how long you're going to play. 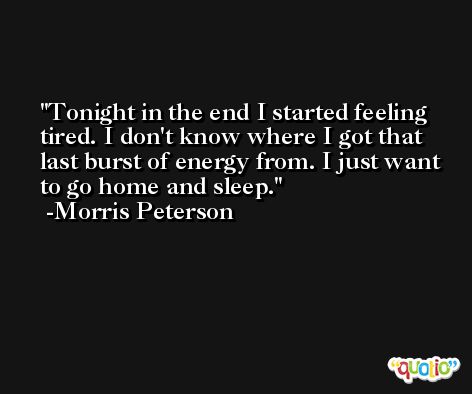 We have to learn, once we get a lead, we have to bury teams.

Today was probably the first day I thought about it. I do take pride in my work, pride in coming in every day but I just want to continue to do that. 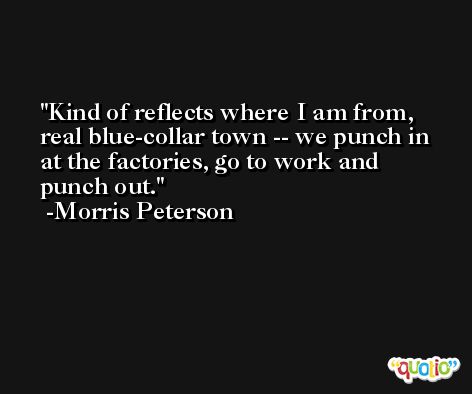