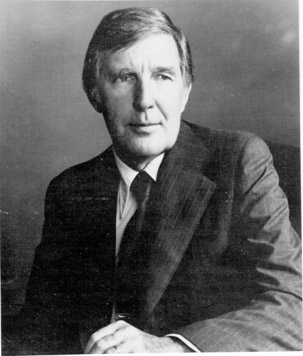 "Morris King "Mo" Udall" was an United States/American politician who served as a United States House of Representatives/U.S. Representative from Arizona from May 2, 1961 to May 4, 1991. A former professional basketball player with the Denver Nuggets (original)/Denver Nuggets during their National Basketball League (United States)/National Basketball League period, noted for his American Liberalism/liberal views, Udall was a tall (6'5"), Abraham Lincoln/Lincolnesque figure with a self-deprecating wit and easy manner. Because of his wit, columnist James J. Kilpatrick deemed him "too funny to be President of the United States/president", which also ended up being the title of his autobiography in the 1980s. Udall earned a law degree from the University of Arizona in 1949. He was a member of The Church of Jesus Christ of Latter-day Saints.

If you enjoy these quotes, be sure to check out other famous politicians! More Mo Udall on Wikipedia.

If you can find something everyone agrees on, it's wrong.