If you enjoy these quotes, be sure to check out other famous statesmen! More Mikhail Gorbachev on Wikipedia.

Surely, God on high has not refused to give us enough wisdom to find ways to bring us an improvement in relations between the two great nations on earth.

America must be the teacher of democracy, not the advertiser of the consumer society. It is unrealistic for the rest of the world to reach the American living standard. 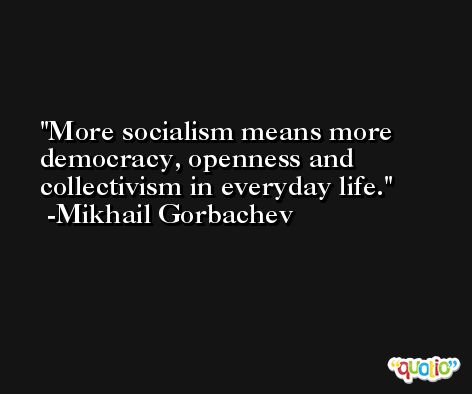 Jesus was the first socialist, the first to seek a better life for mankind.

My life's work has been accomplished. I did all that I could. 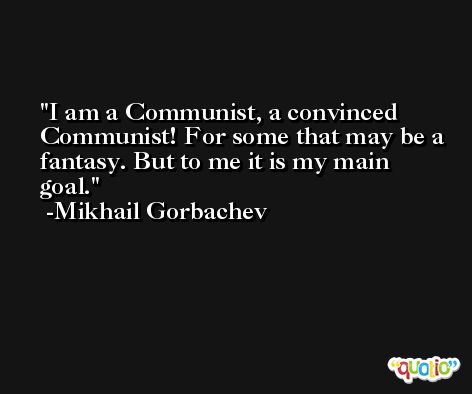 Our enemy sees us clearly. They will not start a war. They're worried about one thing: If democracy develops here, if we succeed, we will win.

If what you have done yesterday still looks big to you, you haven't done much today.