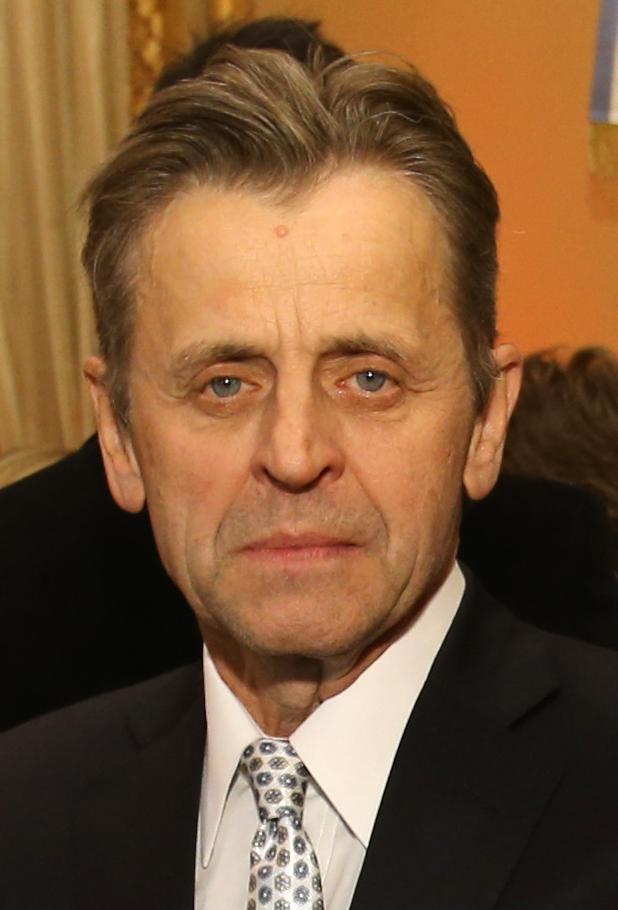 "Mikhail Nikolaevich Baryshnikov", nicknamed "Misha" (Russian diminutive of the name "Mikhail"), is a Russian American/Russian-American dancer, choreographer, and actor born in Soviet Union/the Soviet Union, often cited alongside Vaslav Nijinsky and Rudolf Nureyev as one of the greatest ballet dancers in history. After a promising start in the Kirov Ballet in Leningrad, he defected to Canada in 1974 for more opportunities in western dance. After freelancing with many companies, he joined the New York City Ballet as a principal dancer to learn George Balanchine's style of movement. He then danced with the American Ballet Theatre, where he later became artistic director.

Baryshnikov has spearheaded many of his own artistic projects and has been associated in particular with promoting modern dance, premiering dozens of new works, including many of his own. His success as a dramatic actor on stage, cinema and television has helped him become probably the most widely recognized contemporary ballet dancer. In 1977, he received a nomination for the Academy Award for Best Supporting Actor and a Golden Globe nomination for his work as "Yuri Kopeikine" in the film The Turning Point (1977 film)/The Turning Point. He also had a significant role in the last season of the television series Sex and the City.

If you enjoy these quotes, be sure to check out other famous dancers! More Mikhail Baryshnikov on Wikipedia.

The essence of all art is to have pleasure in giving pleasure.

I was kind of amused, and shocked. At first I was watching it with my children. Then I said 'Children, OUT! 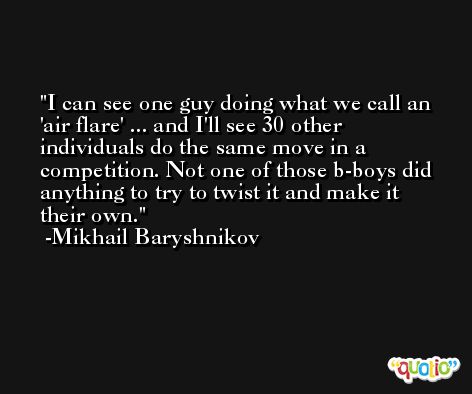 I am not the first straight dancer or the last.

No dancer can watch Fred Astaire and not know that we all should have been in another business. 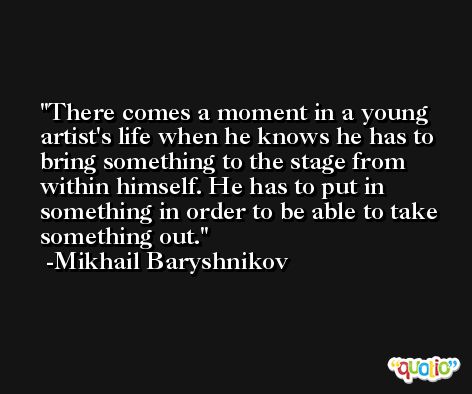 Acting is not my language at all.