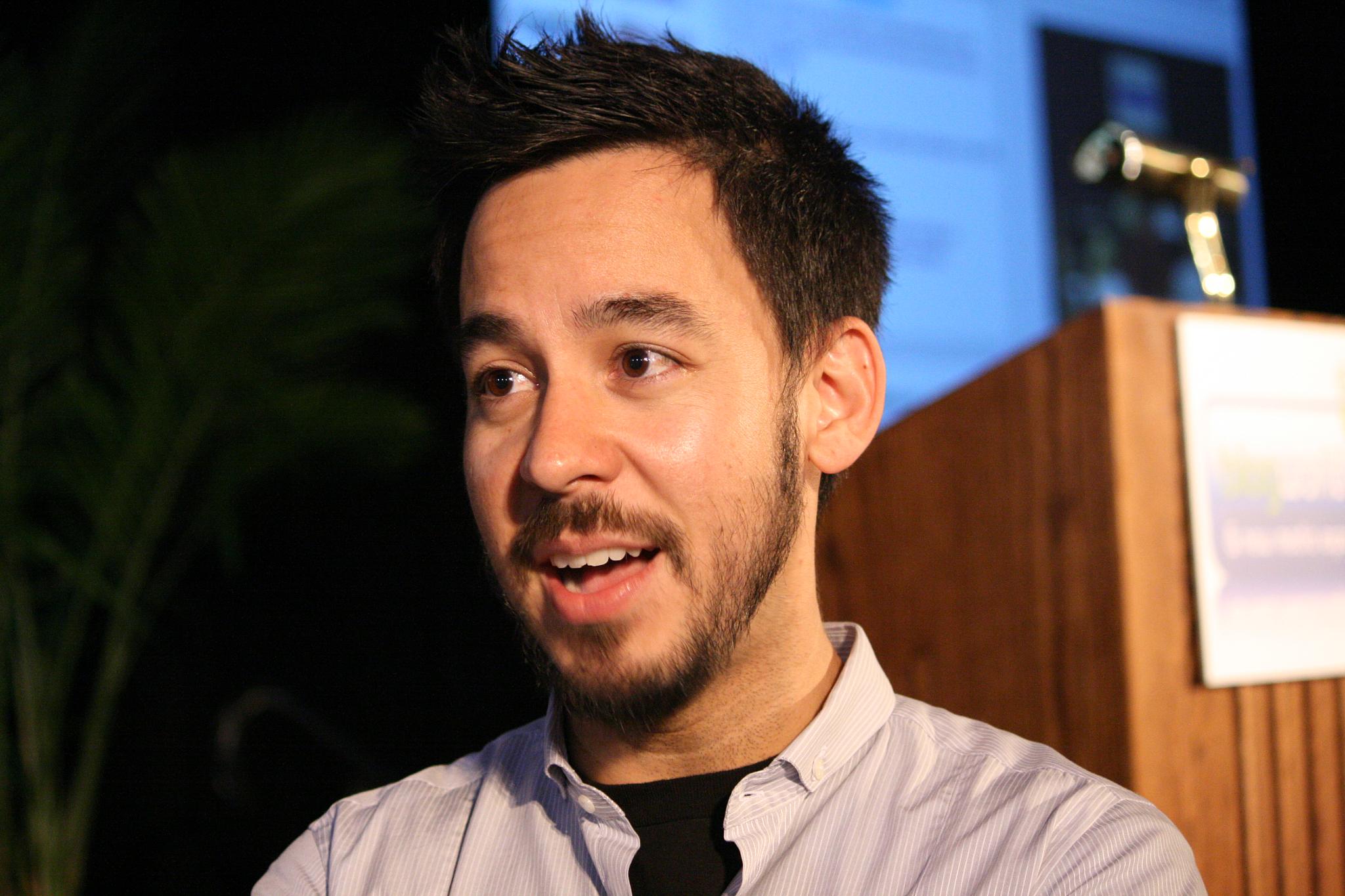 "Michael Kenji "Mike" Shinoda" Doctorate of Humane Letters/LHD is an American musician, record producer, and visual art/artist. He co-founded Linkin Park in 1996 and is the band's rhythm guitarist, songwriter, keyboardist, and co-vocalist. Shinoda later created a hip hop-driven side project, Fort Minor, in 2003. He served as a producer for tracks and albums by Lupe Fiasco, Styles of Beyond, and The X-Ecutioners.

Shinoda is also the co-founder of Machine Shop Recordings, a California-based record label. Outside of music, Shinoda is an artist and graphic designer. He has painted several pieces of artwork, some of which have been featured in the Japanese American National Museum.

If you enjoy these quotes, be sure to check out other famous musicians! More Mike Shinoda on Wikipedia.

When we started the band, it was because we were waiting for a sound that never happened. We got tired of waiting, and we decided to just do it ourselves.

I would have never done this record if I didn't have the blessing of the rest of the guys, ... We're not, like, on hiatus. We're working. We're very serious about our records, and I know the guys are at home right now writing. Hopefully we are looking at next year for a record. 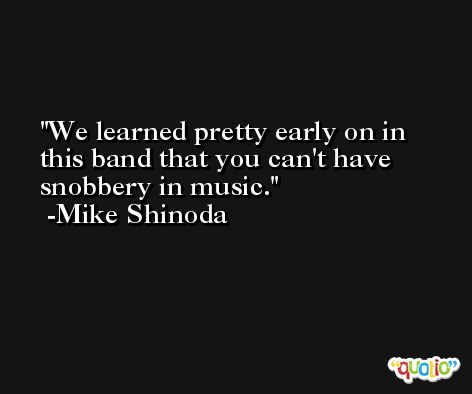 We have people in the band who don't drink or do drugs... some of us like to go sightseeing. 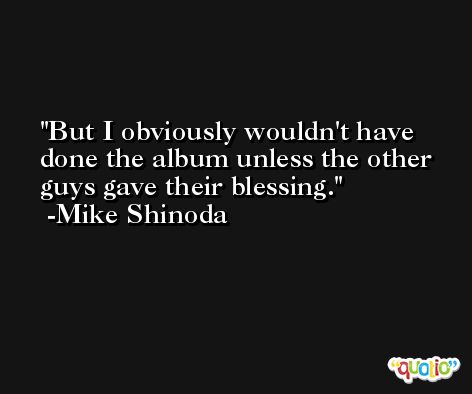 The Jet video with the cartoons in the forest [is] one of my favorite videos of the last few years, it's just hilarious. So based on that, I know he sets up a good story.

The album comes out November 22 — one-one two-two, so it's easy to remember.