If you enjoy these quotes, be sure to check out other famous politicians! More Mike Pence on Wikipedia.

They are adding more to that number every day. Every general I talked to ... was of the mind that we have to bring their army up, have the constitutional reforms, standing up and then drawing down.

We have to be there for the families and the communities. But we also have an obligation to the rest of the American people and to future generations. 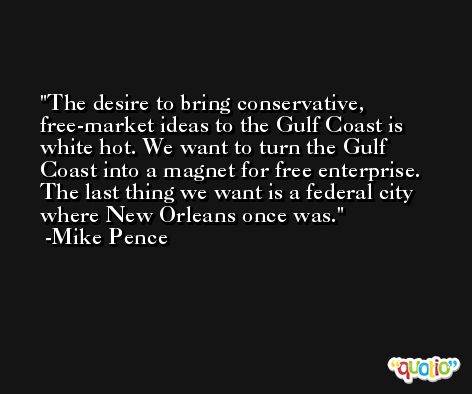 These projects will spur economic development and improve the quality of life for thousands of Hoosiers. 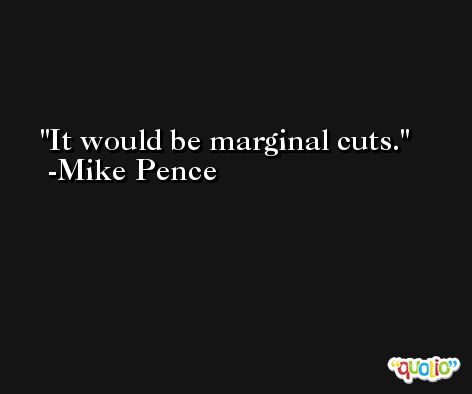 [INDIANAPOLIS -- It's the kind of statement a politically safe Republican facing a perennial gadfly opponent in 2006 can make.] We're winning the war in Iraq, ... We've never lost a tactical engagement with the enemy. We've never even lost a platoon. 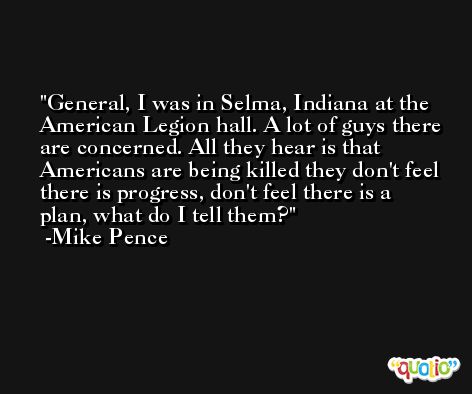