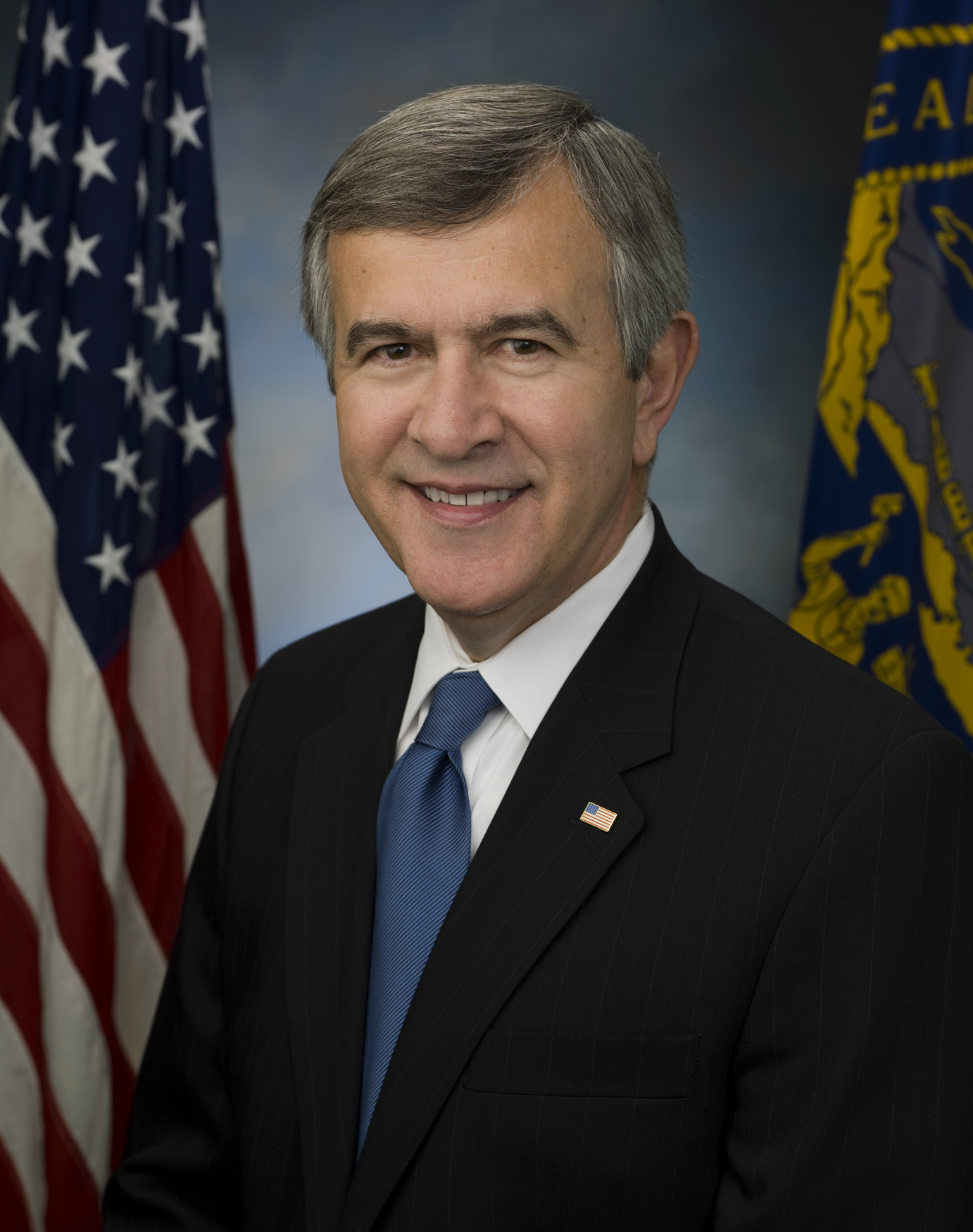 Born in Osage, Iowa, Johanns is the graduate of Saint Mary's University of Minnesota and Creighton University School of Law. He began his career as an attorney working in private practice before he clerked for the Nebraska Supreme Court. Elected to the Lancaster County, Nebraska/Lancaster County Board as a Democratic Party (United States)/Democrat in 1983, Johanns served there until 1987, and was elected to the Lincoln, Nebraska/Lincoln City Council in 1988. In 1991, he was elected the 47th List of mayors of Lincoln, Nebraska/Mayor of Lincoln, and was reelected in 1995.

If you enjoy these quotes, be sure to check out other famous politicians! More Mike Johanns on Wikipedia.

We are doing everything we can to help our Gulf Coast producers recover from the affects of Hurricane Katrina, ... The assistance announced today is an important component of USDA's efforts and our commitment to help farmers and ranchers rebuild their operations.

These programs have helped thousands of producers recover from the devastating effects of severe weather in counties that have received a Presidential disaster declaration. 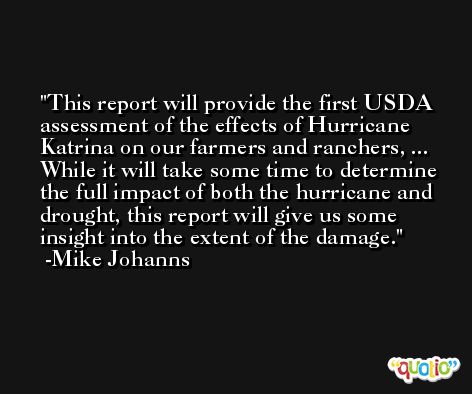 We want to send a signal as to what the farm bill will be so that producers can make decisions.

I'm pleased that USDA can offer assistance to farmers and ranchers who have sustained losses from Hurricane Katrina, ... This agriculture disaster designation will enable eligible producers to apply for low-interest emergency loans from USDA to help cover their losses. This announcement is a part of our commitment to help farmers and ranchers to rebuild their operations. 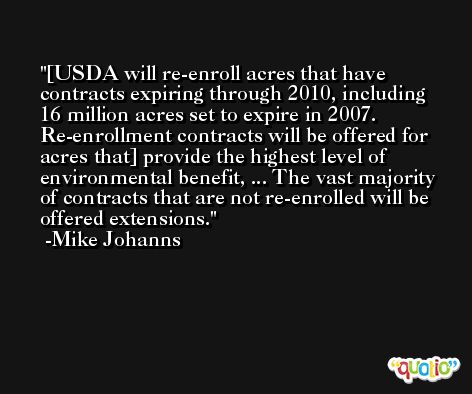 I am encouraged by the resumption of grain movement along the Mississippi River just one week after grain transportation was virtually halted by Hurricane Katrina, ... Clearly, there is much work to be done but I am confident that remaining obstacles will be overcome to resume all activity in a timely manner. We are assuring our international customers that we expect minimal disruptions.

The CRP is a priority for President Bush.