*"A successful marriage requires falling in love many times, always with the same person."

*"Anything you lose automatically doubles in value."

*"Every society honors its live conformists and its dead troublemakers."

Mignon McLaughlin was born in Baltimore, Maryland, and grew up in New York City, where her mother, Joyce Neuhaus, was a prominent lawyer. She graduated from Smith College, Northampton, Massachusetts, in 1933 and returned to New York, where she embarked on a career as a journalist and a writer of short stories for Redbook, Cosmopolitan (magazine)/Cosmopolitan, and other women's magazines.

If you enjoy these quotes, be sure to check out other famous journalists! More Mignon McLaughlin on Wikipedia.

The only courage that matters is the kind that gets you from one moment to the next. 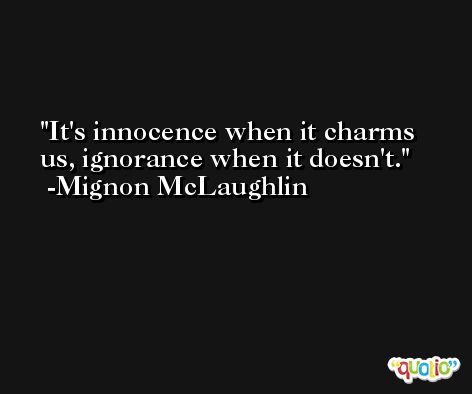 When suffering comes, we yearn for some sign from God, forgetting we have just had one.

A successful marriage requires falling in love many times, always with the same person. 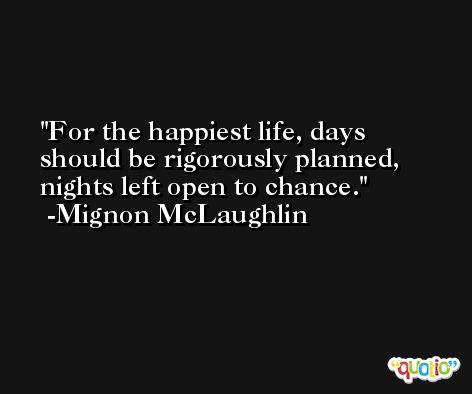 We lavish on animals the love we are afraid to show to people. They might not return it; or worse, they might.

If I knew what I was so anxious about, I wouldn't be so anxious.

It's the most unhappy people who most fear change. 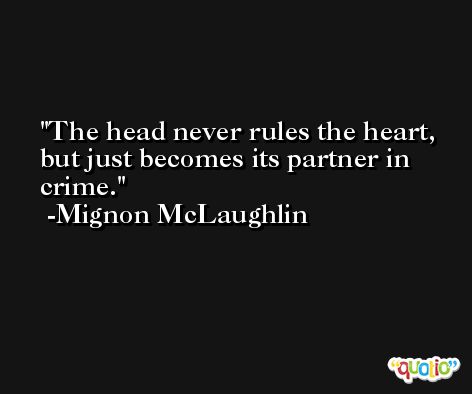 Every society honors its live conformists and its dead troublemakers.

I'm glad I don't have to explain to a man from Mars why each day I set fire to dozens of little pieces of paper, and then put them in my mouth. 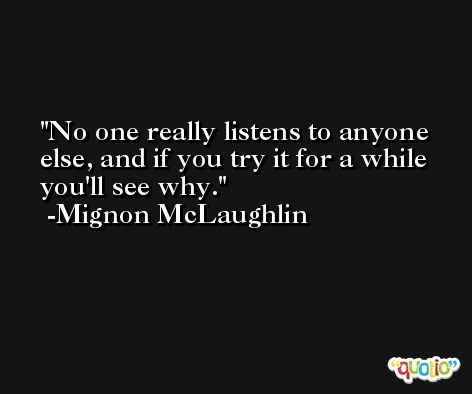