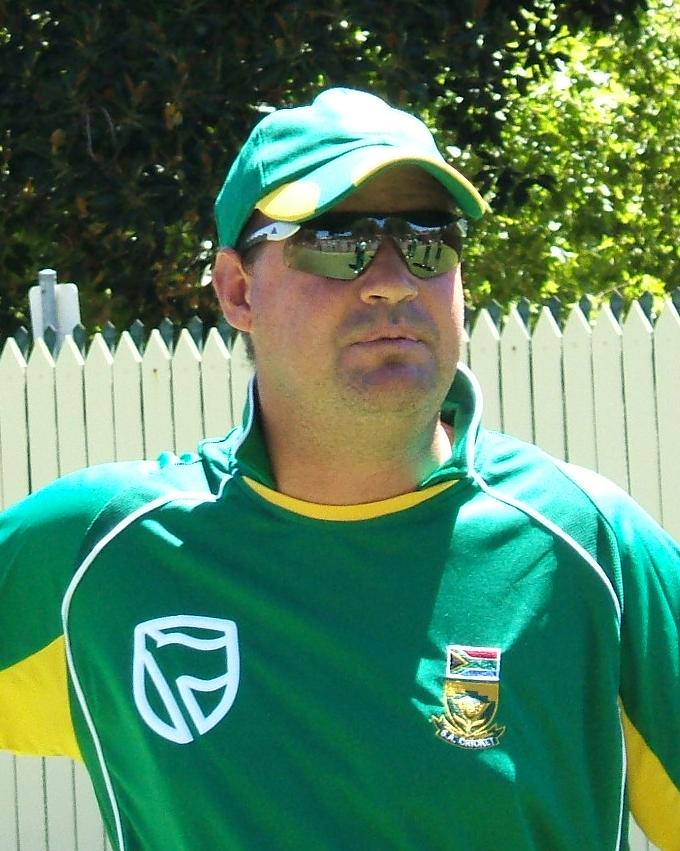 We have borne the brunt again of a dropped catch. The bowlers toiled hard and I can't fault them for that. They tried to take wickets all the time.

I think his success comes down in large part to the fact that he had two months off when he left the tour of Australia because of that injury. 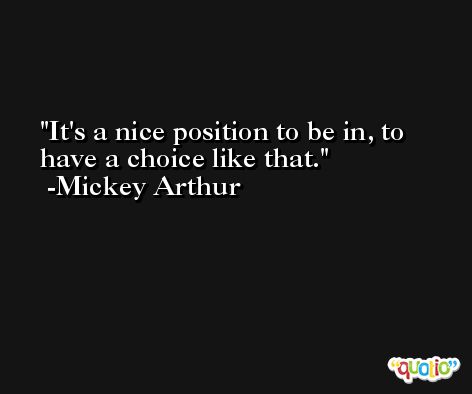 We need to win the series (against New Zealand). I won't be happy if we don't.

We are always a bat-first team, but the local guys said we could break through on the first morning and that days two and three would be best for batting. Well, we didn't make the breakthrough and batting certainly looked easy today. 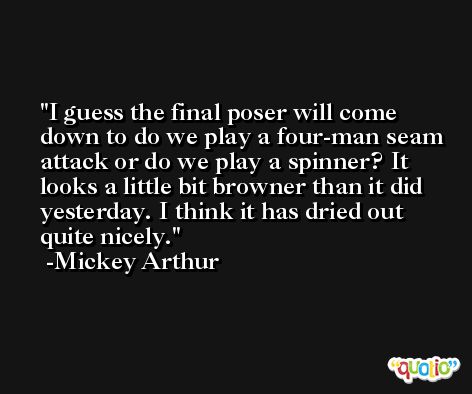 I guess it made our selection poser a little bit easier.

He tweaked a hamstring (in the first Test) in Cape Town, and he was just feeling the effects. 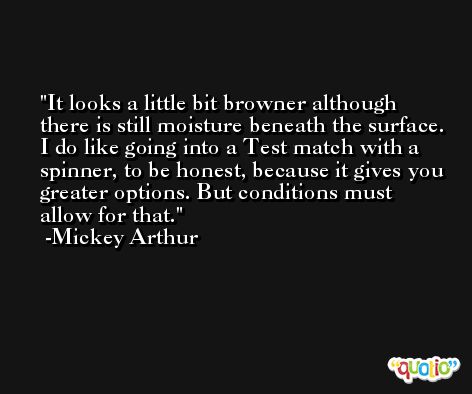