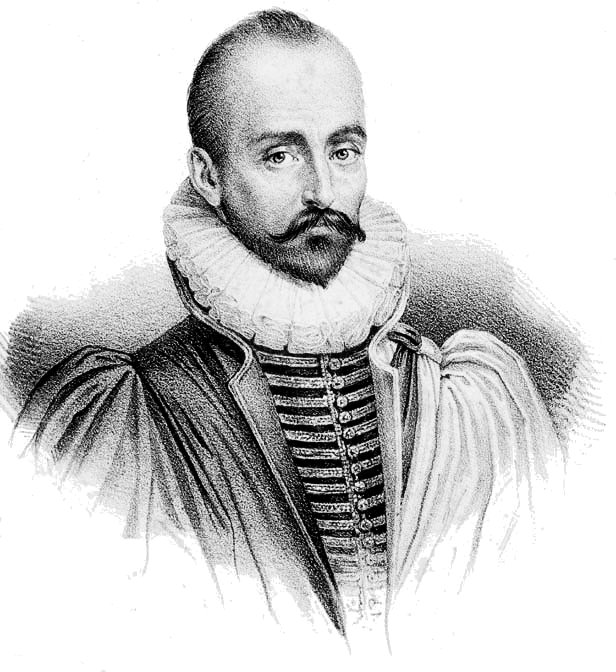 "Michel Eyquem de Montaigne" was one of the most influential philosophers of the French Renaissance, known for popularizing the essay as a literary genre. He became famous for his effortless ability to merge serious intellectual exercises with casual anecdotes and autobiography—and his massive volume Essais (translated literally as "Attempts" or "Trials") contains, to this day, some of the most influential essays ever written. Montaigne had a direct influence on writers all over the world, including René Descartes, Blaise Pascal, Jean-Jacques Rousseau, Albert Hirschman, William Hazlitt, Ralph Waldo Emerson, Friedrich Nietzsche, Stefan Zweig, Eric Hoffer, Isaac Asimov, and possibly on the later works of William Shakespeare.

If you enjoy these quotes, be sure to check out other famous philosophers! More Michel de Montaigne on Wikipedia.

The greatest thing in the world is to know how to belong to oneself.

Wise men have more to learn of fools than fools of wise men. 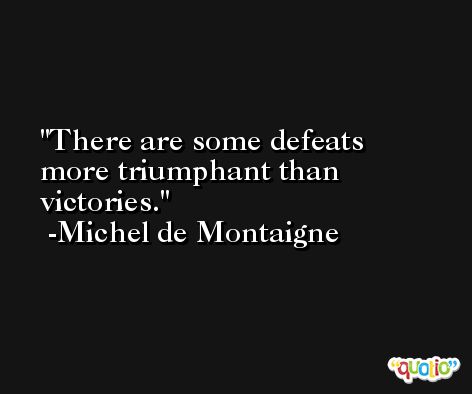 I will follow the right side even to the fire, but excluding the fire if I can.

I believe it to be true that dreams are the true interpreters of our inclinations; but there is art required to sort and understand them. 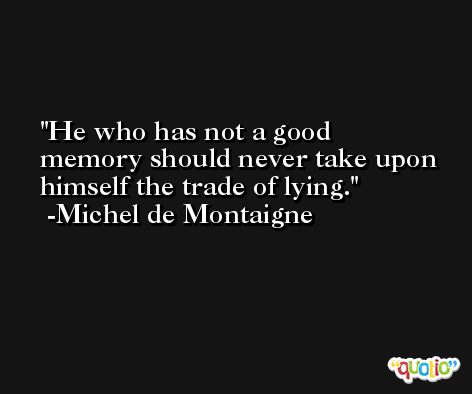 He who fears will suffer, he already suffers from his fear.

Not being able to govern events, I govern myself. 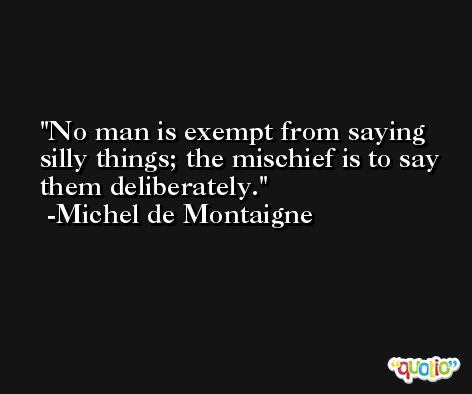 Poverty of goods is easily cured; poverty of soul, impossible.

Fashion is the science of appearances, and it inspires one with the desire to seem rather than to be. 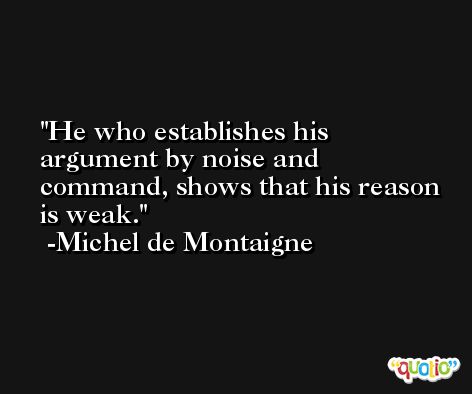 The value of life is not in the length of days, but in the use we make of them; a man may live long yet very little.

Man is certainly stark mad; he cannot make a flea, yet he makes gods by the dozens. 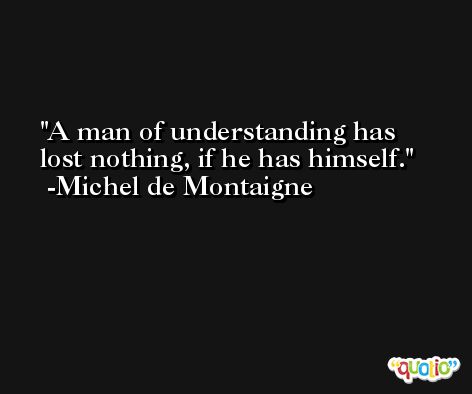 The thing in the world I am most of afraid of is fear, and with good reason,that passion alone in the trouble of it exceeding other accidents.

Man is certainly stark mad. He cannot make a worm, and yet he will be making gods by dozens. 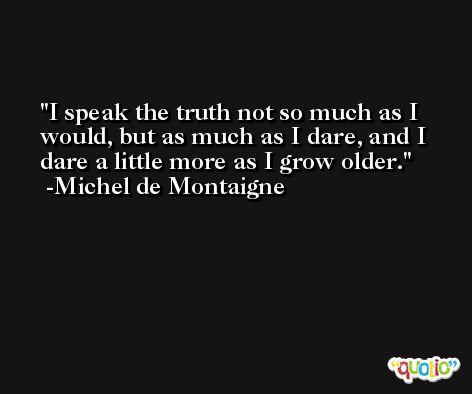 It is easier to write an indifferent poem than to understand a good one.

In the education of children there is nothing like alluring the interest and affection, otherwise you only make so many asses laden with books. 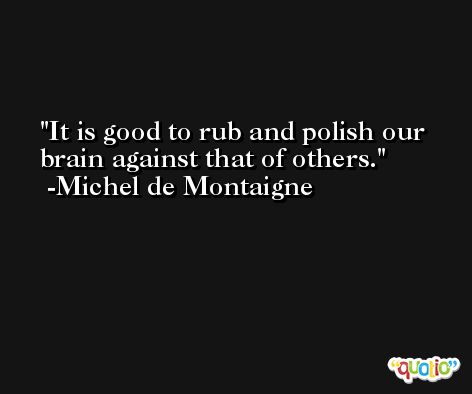 The art of dining well is no slight art, the pleasure not a slight pleasure. 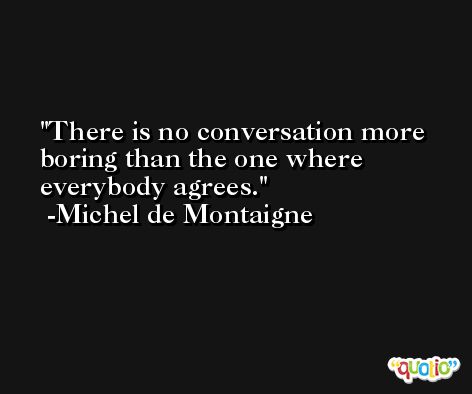 Even on the most exalted throne in the world we are only sitting on our own bottom. 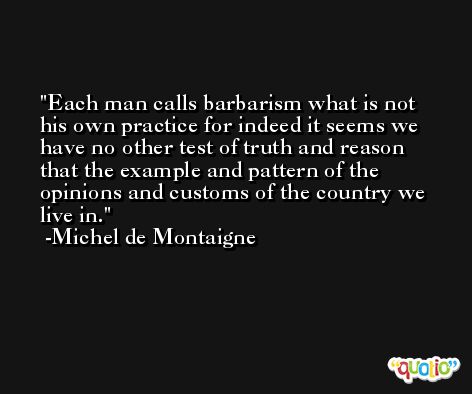 When I am attacked by gloomy thoughts, nothing helps me so much as running to my books. They quickly absorb me and banish the clouds from my mind.

He who is not very strong in memory should not meddle with lying. 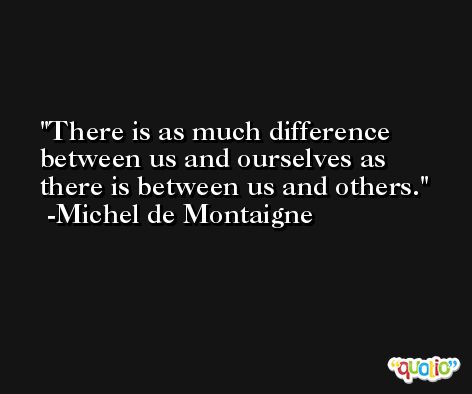