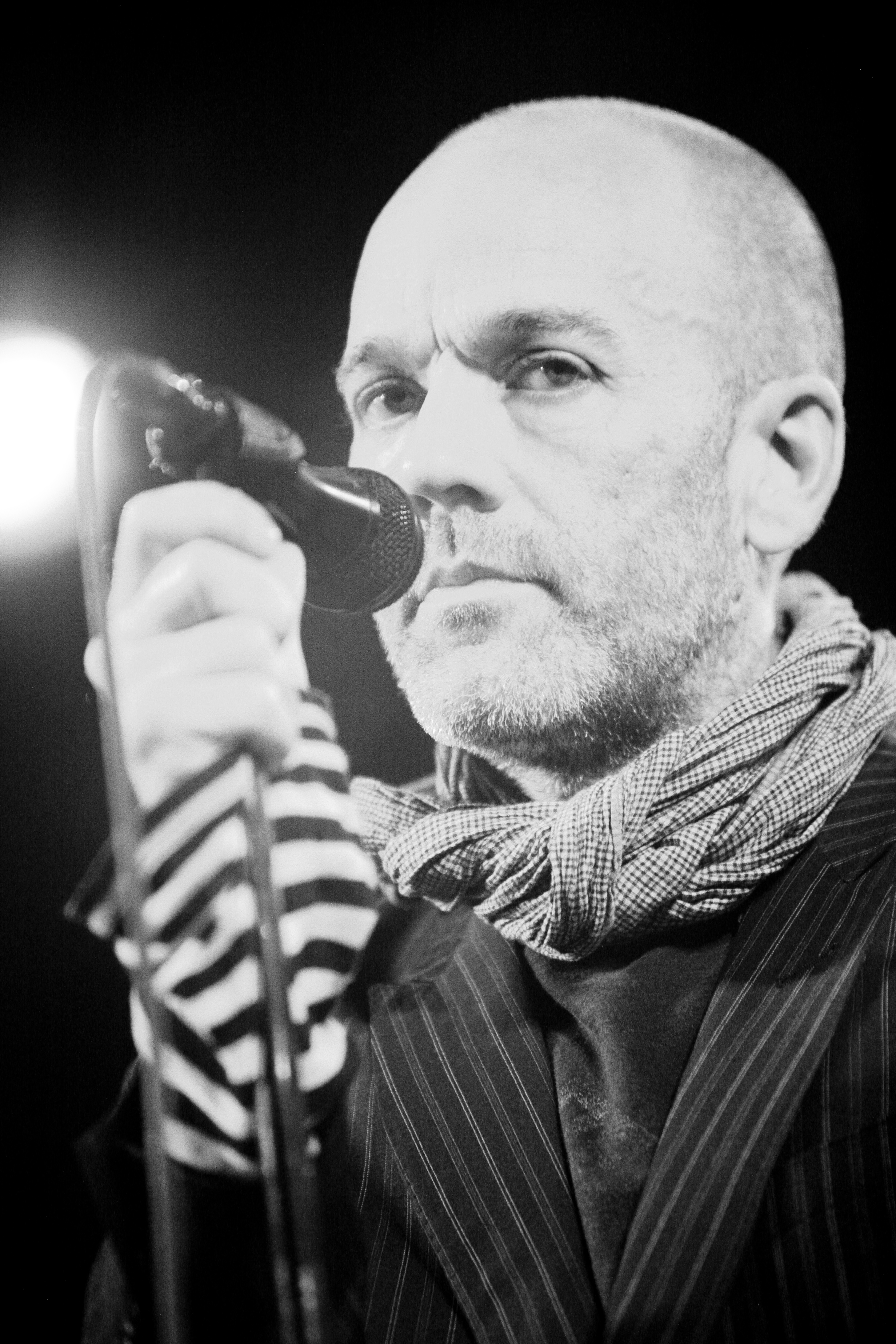 "John Michael Stipe" is an American singer, lyricist, film producer and visual artist. He was the lead singer of the alternative rock band R.E.M. from their formation in 1980 until their dissolution in 2011.

Stipe is noted and occasionally parodied for the "mumbling" style of his early career as well as his social and political activism. He was in charge of R.E.M.'s visual image, often selecting album artwork and directing many of the band's music videos. Outside the music industry, he runs his own film production companies: C-00 and Single Cell Pictures.

If you enjoy these quotes, be sure to check out other famous musicians! More Michael Stipe on Wikipedia.

If you disagree with me, fine! Because that's the great thing about America, we can disagree!

When you meet a stranger, look at his shoes. Keep your money in your shoes. 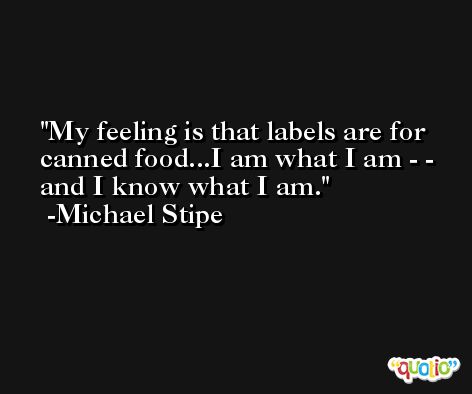 I like to be hot, when I`m cold it`s a little harder for me to shake my butt. 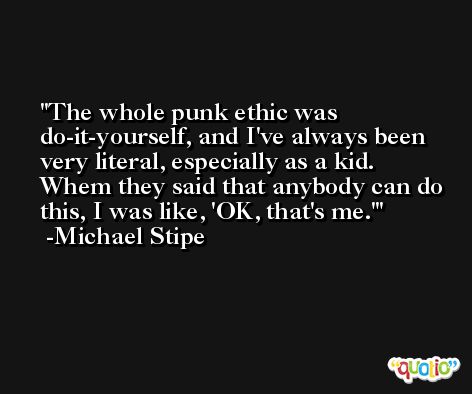 I've always felt that sexuality is a really slippery thing. In this day and age, it tends to get categorized and labeled, and I think labels are for food. Canned food.

Since every record surely contains something offensive to someone, sticker them all. Make this as meaningless as the bar code. 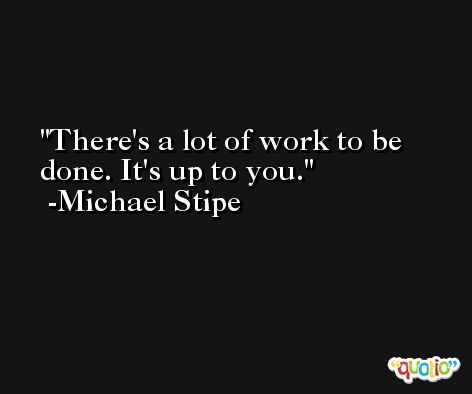