"Michael Finlay Parkhurst" is an Americans/American soccer player. He plays as a Defender (association football)#Full-back/centerback for, and captains, the Columbus Crew SC in Major League Soccer. The 2005 MLS Rookie of the Year Award/MLS Rookie of the Year and 2007 MLS Defender of the Year Award, he is capable of playing both Centre back/centerback and Full back (association football)/rightback. Parkhurst has played for the United States men's national soccer team/United States men's national team, including being a member of two CONCACAF Gold Cup squads and participating in the Football at the 2008 Summer Olympics – Men's tournament/2008 Summer Olympics.

Boring. 7:30 games are so late, and we're on our own until pre-game meal. We just watch TV, usually go for a walk, stretch a little bit. Watch more TV. The older guys give us a little advice about how to deal with the road. Matt [Reis] and Jay [Heaps] are always giving us advice.

(Wolff) took a touch inside and I slid with my left foot and I thought I had it right underneath me but somehow it popped out, unfortunately right to his feet and he was in. I was trying to catch up and, you know, I gave him a little tug to try and get him a little off balance before he took a shot but as soon as he felt it he just went down. 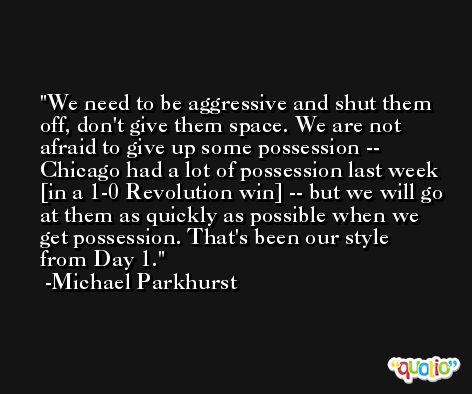 My leg feels a little sore but it's good to get the games in. It's just a matter of getting out there and getting used to things again and getting up to speed with the rest of the guys. 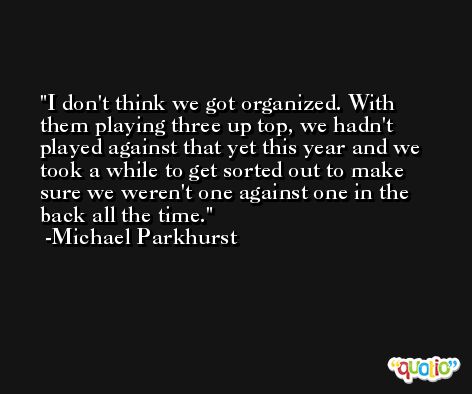