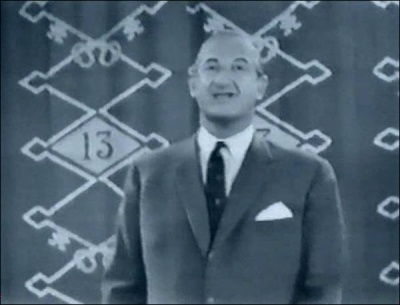 "Michael John Miles" was a TV presenter in UK/Britain, best known for the game show Take Your Pick from 1955 to 1968, produced by Associated Rediffusion and later by Rediffusion London.

Born in New Zealand, Miles left school to become a broadcaster after persuading his local station to hire him. He then travelled to Australia, before moving on to Singapore as a News presenter/newsreader, leaving only days before the island was invaded by the Japanese Army during the Second World War.

Although he produced radio shows during the war years, it was with the transfer of his quiz show Take Your Pick to television that he made his name. The programme, which had already been heard on Radio Luxembourg (English)/Radio Luxembourg for three years, was one of the first game shows on ITV (TV network)/ITV when the channel started in 1955 (the other quiz show that was popular at the time was Double Your Money, presented by Hughie Green). Take Your Pick, which was masterminded by Miles (who was reputed to earn the phenomenal sum of £20,000 a year) relied on public participation. The show was axed in 1968, when producers Associated Rediffusion were forced to become Thames Television in the ITV franchise reshuffle. (The show was revived in the 90s, with Des O'Connor.)

It was hard to narrow Civil Rights events to 10.

The bone of contention here is the fact that the road is being used improperly. I think it'd be safe to say it's at an impasse. We've been dealing with this since 2001. 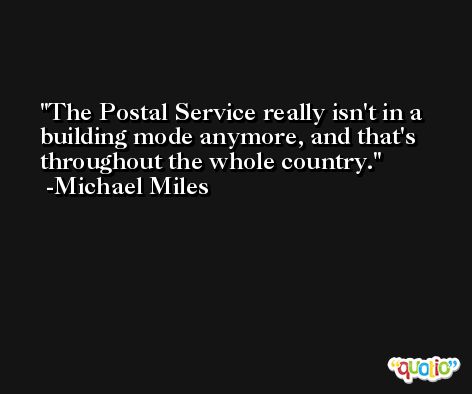 I think we're adjusting to it pretty well. 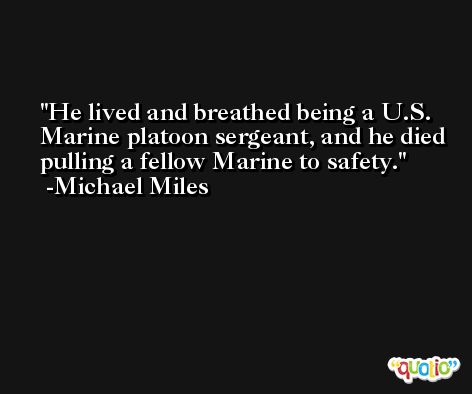 Brian has a quick and curious mind, a respect for others, clear goals and a commitment to service. That adds up to leadership. Combine that with instinctive humility and a sense of humor and you have quite a package. ... I'd prefer to call it character.