"Michael Laws" is a New Zealand politician, broadcaster and writer/columnist. He served two terms as a Member of the Parliament of New Zealand, representing the New Zealand National Party/National Party (1990–96). He was elected as Mayor of Wanganui in 2004, and was re-elected in 2007. Before the October 2010 elections he announced his retirement from the mayoralty, but in 2013 entered the "race" for the Wanganui mayoralty again. He is currently an elected district councillor and district health board member. He was a Radio Live morning talkback radio/talkback host and a longstanding Sunday Star-Times columnist.

If you enjoy these quotes, be sure to check out other famous politicians! More Michael Laws on Wikipedia.

David has a wealth and depth of business and management experience. 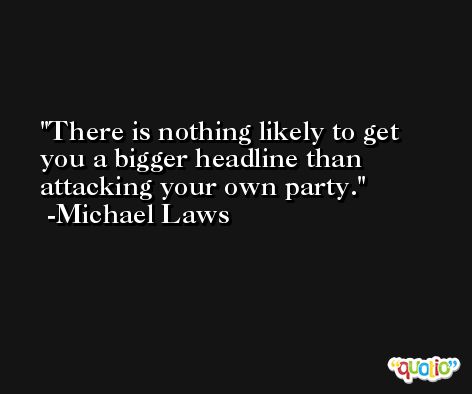